Two stories of collectives and ghosts. One in Santa Fe capital and the other in Rosario. 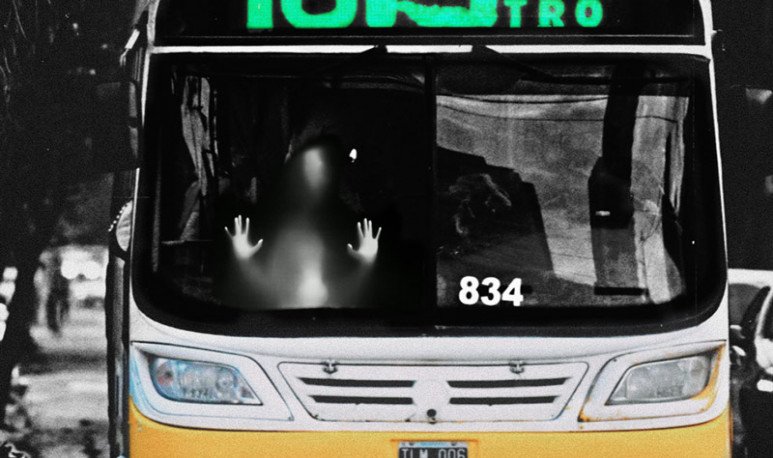 To begin with, we'll tell you about the disturbing experience of a Santa Fe collectivero . One night, a bus driver from the  city of Santa Fe  transported a ghost to the cemetery. Several years ago, Jorge said he was driving a bus on line 9. Normally, I did 7 or 8 laps at night (at that time there were tours in the morning).

One night,  at one o'clock in the morning, a young lady climbed  on Rivadavia and Santiago del Estero Street. This woman you picked up was dressed in white. He went with the car to the Union court with the passenger on board. Until then, he didn't notice anything strange. When they were arriving at the Barranquitas Club, she asked him if he lent him the jacket . He, very kindly, replied, “Yes, without any problems.”

Many years ago, the 9th turned through the cemetery on a bend, so when they reached the place,  she rang the bell and got off , and then enter the cemetery. Jorge remembers that there were eight passengers in the car: three men and five women, among them was the  lady in white . When he left her at the stop, everyone noticed in surprise that  she entered the cemetery through the wall.

Without being able to forget the matter, the next day, at eleven o'clock in the morning, Jorge entered the cemetery and began walking until he reached the church that is in the middle of the place. There he observed, surprised, that  on one of the tombstones was his jacket . To this day, Jorge remembers how a beautiful lady of about 23 years, who seemed totally normal, turned out to be a ghost.

The ghost that rings the bell

Better known was  a story that happened much more here in time in Rosario . When it happened in times of cell phones and social networks, it had much greater visibility. In  the main city of the province , a video filmed by the driver of a collective held the population in vila.  In the filming, you can notice the presence of a ghost who, passing through the cemetery, rings the bell to get down . To portray the unusual situation, the collectivero recorded the completely empty microphone. The driver of Rosario line 142 said he made the search tired, because every time he passed through the cemetery the bell began to ring insistently. It was as if the spirit of an invisible passenger was disappointed because the transport didn't stop on the spot. The curious video was uploaded to social networks and even played on local television.

It must be said.  When someone claims to meet a ghost, he is taken to joke . That happened to the driver of the 142 Rosario Bus. So he decided to record a video to show the paranormal situation in his collective. Yet, many doubt its veracity. That  “if I don't see it, I don't think so.”

Perhaps there are more anecdotes of ghostly episodes on  public transport  in our province. These two are a reference, having occurred in the two main cities.

We do not know, for sure, whether the veracity of these two stories is absolute. But legends exist. And it's good to help them endure. Because  these stories also help us to show our santaffesinity .