The weeping willow is one of the traditional legends of the province of Santa Fe. An Aboriginal and a tree. 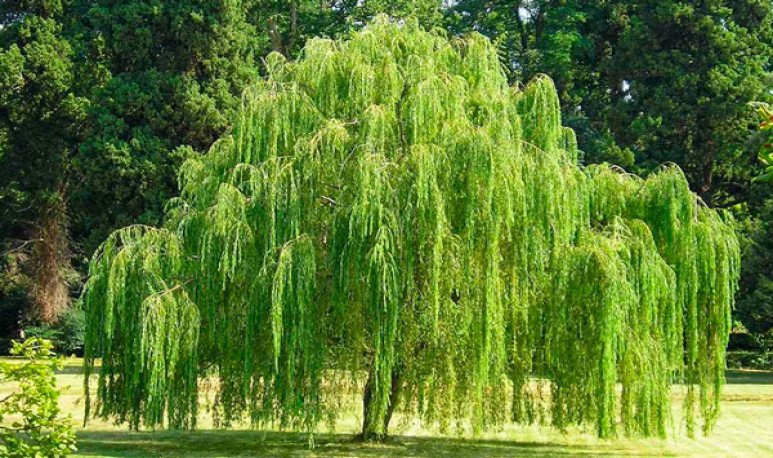 The weeping willow is  a tree that is usually seen  in many parts of the province of Santa Fe. Because of its large dimensions, it is found not so much on  public roads , but rather in parks and the innumerable coastal areas. Its unique shade is a great ally in the hot summer of Santa Fe.  It is rare that someone does not identify which tree we are talking about , when we refer to a weeping willow. But it's still worth a brief description.

The weeping willow reaches a medium to large size, with a height of up to 20-25 meters. The trunk is robust with a grayish-brown bark. On the long and flexible branches, of which the thinnest are olive green or brown, grow  deciduous and alternate leaves that are characterized by their spear shape, that is, they are long and thin and show a light green color . They measure between 4 and 16 centimeters in length and have jagged edges. The flowers grow on some inflorescences called catches, similar to spikes. It is a species native to northern China and over the years it was taken to other parts of the world.

But, if you are not very  fond  of botany, perhaps you will be bored to read an article about the characteristics of a tree. In addition, you are in the legends section of Ser Argentino. So let's get to the central issue.  It was just an introduction. The one of the Santaffesina legend  of the weeping willow.

The one who didn't cry

Isapi was  a very beautiful young Indian , daughter of the chief of the tribe. We are talking about some of the indigenous ethnic groups that inhabited what we now know as the province of Santa Fe.

The beauty of Isapi could only be compared to the hardness of his heart.  He didn't love or sympathize with anyone. They called her “the one who never cried,” because she never rolled a tear from her deep black eyes.

Once, a flood of the river flooded everything, just  as it still happens  in these lands. The water ripped off the houses and took many people from his tribe forever. But Isapi didn't cry. Everyone began to think that she was the cause of so many misfortunes, and  one sorceress said that only Isapi's tears would calm the gods.

Many other misfortunes occurred. The tribe was reduced to a few women and a handful of fighters. They all took refuge in the jungles. Isapi was with them, but in their eyes there was not a tear.

It was then that the sorceress  summoned the lord of the evil and told him what happened.

He sent for Isapi, and immediately the guardians took her to the palace. She didn't know why they called her and said to the lord, “Why am I here?“. He said, “Because I want to talk to you about your feelings, and he gave him a potion so he could cry.But you will become a tree.”

She took the potion and started not hearing anything they were talking about. He put his feet into the ground and his  hair  began to turn into branches on which leaves hung.