Get to know the chilling story of a collectivero linking Santa Fe and Paraná. 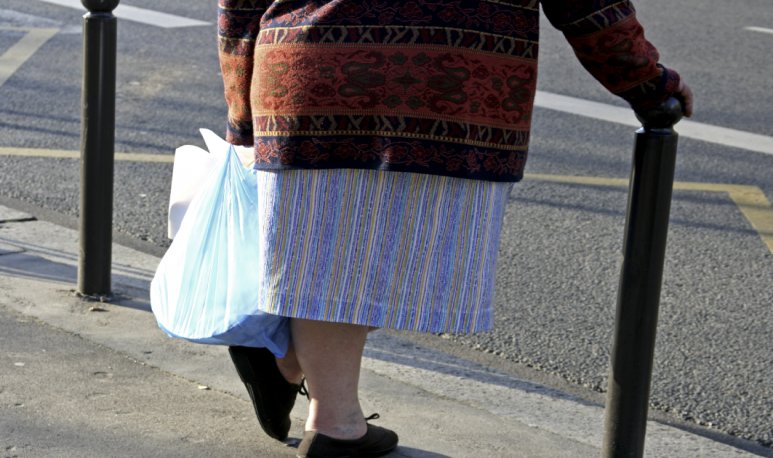 Our friends at the Fanpage Legendas de Santa Fe often share  disturbing stories that happened to their followers . In this case, a macabre situation experienced by an interurban transport driver.

Gabriel is a collectivero of one of the medium distance lines that connect Santa Fe and Paraná. The two provincial capitals are separated only by a stretch of the river. They share a lot and some peculiarities of this “neighborhood” are very curious. We've talked a lot about all this in Ser Argentino. But  we were missing a story like this, worthy of the most disturbing horror film.

On one of her winter trips near the subfluvial tunnel, an older lady waited patiently at the bus stop that Gabriel was driving. The dona was with a handbag and warm with a large heavy sack, woven with various types of wool.

The door of the collective opens, Gabriel greets her as she climbs the steps patient and, along with the cold wind that characterizes that time of year,  a nauseating smell is impregnated in the environment . Those typical smells that, even if you don't want to, penetrate everything.

Approximately 40 minutes of the trip, passengers had to endure the strong aroma, discomfort and not knowing if to say anything about it to that old lady who was traveling next to them.

Thus, the situation was repeated. She went up almost every Friday with her checkered net bag, her old wool-covered old wool and her dreadful smell. After the journeys, the scent became more and more penetrating. One of those days, the driver was about to tell the old woman something when she was going down. But he gave up his idea, seeing that poor woman's humble face mixed with cold.

A mystery that has to be revealed

“ Who knows where it comes from, always alone and cold, the same coat; and that sachet. Will someone take care of her? Will anyone help her stay clean? “,  Gabriel wondered quietly, as he opened the door to descend and wish that mysterious passenger a good day.

After several Fridays, the old woman waited for him where always. But this time it was Sunday. With her purse and her curious coat. “ Ha!  “ smiled the collectivero.  Today he broke the routine.”

It was a raw day, too cold wind that reached the bones.  The collective was empty . Before opening the door, Gabriel already had his mouth and nose clumsily covered with his shirt, prepared for his sense of smell to suffer like every week.

“ Ma'am, a thousand apologies, but it's hard for me to let you pass this way. Every time I raise it comes in with a very strong smell. I don't know if it's going to be you, but  it has to be that bag you carry . If you have any decaying food you have to throw it away, because it can do you very badly ... “said Gabriel, almost closing his eyes by the unbearably invasive scent.

The old woman looked at her bag for a few seconds, without saying a word. Actually, he never said anything. She went up, paid her ticket and walked slowly to the bottom, whether busy or not, someone always let her sit in the last place, escaping at the same time from the plague. “ Ma'am, can you hear me? What's he got in the bag? “, repeated already disgged the collectivero.

The woman looked up , approached Gabriel one step, when the car door finished closing. He accommodated his big old sack a little and, with his two hands, he slowly opened the bag.

When frightening takes over everything

“ BUT WHAT DO YOU DO!? “, were the only words he could coordinate, frightening, almost leaping from his place when he saw - horrified -  a human head in a remarkable degree of decomposition  resting at the bottom of the stock exchange. The strange old woman only looked at its contents, without pronouncing anything.

The car door opened again, letting in the cold wind, while the woman only saw her bag with empty eyes, as her hair and her old coat waved in the wind. He turned around and slowly left the bus.

Gabriel was out of work for a while, with obvious shock and deep stress.  Nor did it know who it was,  nor who was the unfortunate mutilated body that always walked in his checkered net bag.