Home People Urban Legends Pedro Rios: the Tambor of Tacuari that does not stop sounding

Pedro Rios: the Tambor of Tacuari that does not stop sounding

We tell you the moving story of the 12-year-old Correntino procerer, which to this day sounds in Argentine hearts. His story is a legend, his life is an example and leads us to reflection. 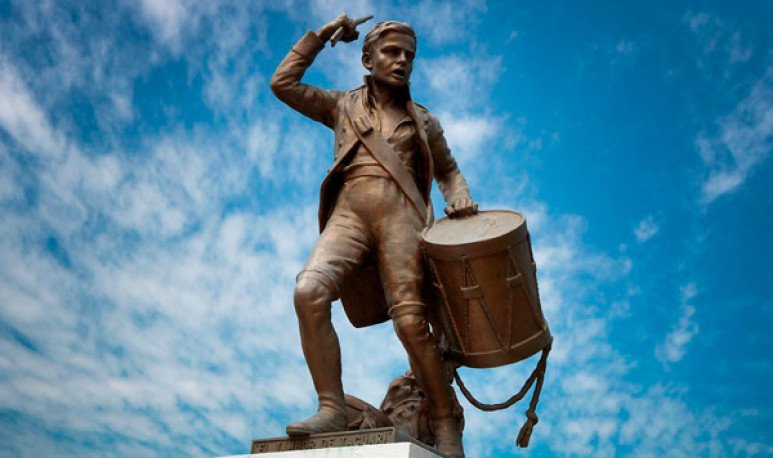 It is about Pedro Ríos, a child who, at only 12 years old, became a procer to an entire nation . But  above all things , he became an  icon of a culture and symbol of a province.   Pedro joined the army of Colonel Manuel Belgrano on a military expedition to Paraguay. And it was there that he served as the lazarillo of Major Celestino Vidal, who was blind. He was born in the town of Yaguareté-Corá in September 1798 and his  fate seems to have been written.

You don't know much about her story. There are no historical data or documents verifying Peter's history. However, some data are known thanks  to the narration of Francisco Benítez, a chronicler from Concepción . This writer  tells a little about the story of the  little boy in his book Tribute vigilante,  the statue al Tambor del Tacuarí,  published in 1930.

The day of revelation

On November 25, 1810,  when Pedro was still a very child, he was in the town  of Yaguareté Corá, today Concepción, and the young man's homeland  . That afternoon, the army of Belgrano passed by and  more soldiers, mostly Aborigines Guaraní, were joined  in that visit. According to the story, after  praying in the village chapel , Belgrano received  the request of the boy who had turned 12 years  ago just a couple of months ago. Peter was anxious to be part of the army that was liberating his country. In the face of Belgrano's refusal,  Ríos's father approached  the creator of the flag. He was a rural teacher, named Antonio Ríos, and from his humble place, he said to him:

“ I not only give my consent, but also  pray that you accept it,  because I, with my 65 years of existence, am an old man and  the surrender of my son is the only offering that I can make to the Fatherland.”

This was how he convinced Belgrano and  the boy finally joined as a lazarillo of Major Celestino Vidal,  who was limited by blindness. Pedro Rios's baptism of fire was on January 19, 1811,  at the Battle of Paraguarí,  where Belgrano suffered his first defeat. The boy was in charge of fortifying the carts  of the arms park  and the field hospital. Then he added to the function of  being guide with the drum.   The drummer was at  the forefront of the infantry.  And that role would baptize him as the  “Tambor of Tacuari.” 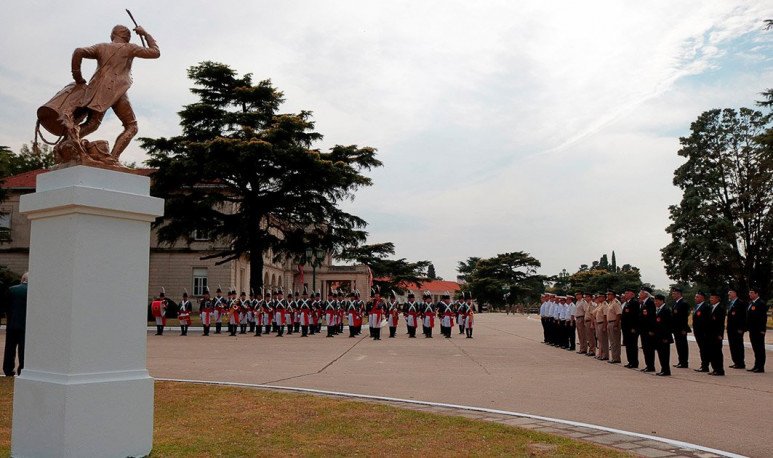 On the move, the drummer was at the forefront of the infantry and as a child he was,  he ignored the danger he was.   In the battle of Tacuari, Pedro Rios continued to lead Major Vidal and also  playing the drum.    While performing his duties  and duty to the homeland,  he was hit by two rifle shells on his chest.   He was seriously wounded and died within a few minutes. According to some testimonies, Vidal was able to declare on one occasion:

“ I remember it and shudder.  I seem to be seeing it unstoppable move by my side. I saw him fall and abandoned the fight to help him. He died of two shots in the chest. I am sure that  his death was my salvation , because when I stopped, I did not fall as almost everyone from the wing where we were.”

This little warrior got recognitions,  poems and even has his own statue in the Normal School. In addition, the city of Posadas (Misiones) gave its name to  a main avenue . However,  there is no homage whatsoever to heal those old wounds.   His figure remains an  icon of strength, courage and courage  that is used to tell our story. While his life and death were admirable, when we review our past there are things  we should not forget.  For example, that  children must live to play, not for war.   Among so many current conflicts, it is valid to remind us that, despite those legends that history gives us, there are facts that  can no longer be accepted.   And even memories that should  start to look from another perspective.

Leonardo Favio: an actor gene and a naughty soul

An adapted car, a motorhome and many kilometers traveled

Juan Manuel Fangio, the lord of the slopes

A generous country, a superclassic full of positivism