In the Caleta de los Loros, province of Rio Negro, it is said that there are two sunken Nazi submarines. 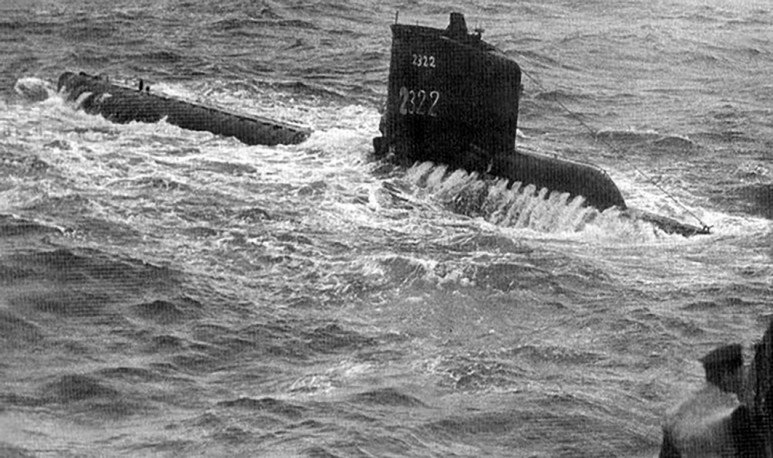 There are many stories about   presence of members of the Nazi regime in Argentina.   Some of them install Adolf Hitler himself in different parts of our country.

Bariloche, a little house in Neuquén, or a peculiar bank on route 3 near Caleta Olivia   , are some of the stories that place the Fuehrer in Argentina. There are also concrete facts, such as the residence of nothing less than   Josef Mengele or Erich Priebke   , as well as the presence of German submarines who surrendered to the Argentine authorities.

And if we talk about submarine,   patagonian coasts   they would keep some secrets of vessels which, at the end of World War II, could have circulated through the waters of   San Matthias Gulf   -also in the New and São Jorge, further south than the first.

History books tell that, under contradictory orders, some Nazi submarines sank, while others were surrendered, as happened on July 10, 1945 the U-530 submarine with Otto Wermuth as commander in   Mar del Plata   and on 17 August of the same year the U-977 submarine commanded by Heinz Schaeffer in the same spa town did likewise.

The Caleta de los Parros   , located within walking distance of the beautiful balenarium   Bay Creek, in the province of Río Negro   , would be one of the places where two submarines would have sunk themselves after the fall of the Third Reich and the victory of the Allied troops in 1945.

According to different versions, between the first and the second surrender, the presence of unknown submarines could be seen on the coast near San Antonio Este, a place close to Caleta de los Loros, also near El Fuerte, an enigmatic site that would also keep some secret but even older, since in that place might have been at some point the   Holy Grail.

The versions that locate unknown submarines on the rionegrinas coast are dated to July 18, 45 -eight days after the first surrender. These are official Navy documents, although there were no further extensions on these first internal communiqués.

However, unofficial versions are those that enrich the theory that the remains of Nazi submarines are at the bottom of the San Matías Gulf. One of the testimonies was given by M   Aryan Chironi, a pilot who in 1957 flew over the Caleta de los Loros area and saw something sunken that barely emerged over the water.   At first he thought it was a ship, but after commenting on the situation, he began to talk about the German submarine.

Carlos Massey, a naval expert, specialist in reflotation reinforces what was proposed by Chironi   stating that he was convened for a meeting at which “the possibility of rescuing two sunken German submarines” was assessed. He didn't leave much room for doubt. According to Carlos's testimony, the   navy   had details about its location: about 15 meters deep, 800 meters from the coast.

However, these clarifications seem not to have been reflected in a mission to end the unknown about the presence of vessels on the Patagonian coasts. In theory, there were even pictures of the sunken submarines, but after 70 years the structures were not found.

However, in the absence of the discovery of the submarines, there are some elements that would prove the German presence in the San Matías Gulf. Tony Brochado exposes and shows two bottles he found in 1996 when he was diving on the shores of San Antonio Este: a German and another Mexican dating back to great antiquity.

But the Nazi presence in the Caleta de los Loros is strengthened by a finding that today is exposed in the   El Jahuel museum and confectionery   , located in the vicinity of   The Grottos   :   Veneer brass with engraved swastika cross.   It is suspected that they could have transported fuels, but it is not known for sure what their function was.

The hosts of the place say that these brass were found above the opening of the jahuel (hence the name of the place) dug meters from the beach, to provide water for personal consumption and for the animals that were raised there.

Many signs, few certainties, expeditions not found by the submarines that several claim are there in the San Matías Gulf. Will the day come when the hypothesis can be confirmed or dismissed?

From Nazi to illustrious citizen of Patagonia