In an intriguing legend, the Rosarinos remember a place where the demon himself took a bath. 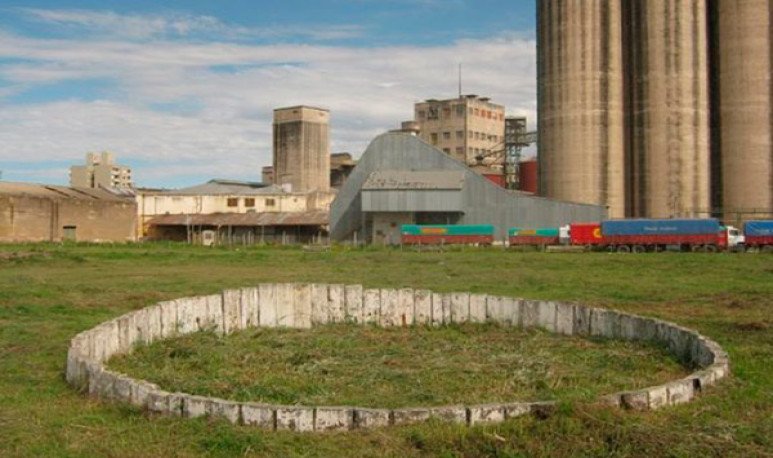 There is a mysterious place in Rosario known as the devil's lagoon. Or Mandinga's bathroom.  The urban legend dates back to 1910 . Already by then they said that it was a 15 x 6 m  eye  of water, in which during the raw winter nights, Mandinga appeared. The devil himself with a hump, ranguera and inharmonic screams got into the water. At contact with heat of the Evil One water boiled.  The chilling screams caused fear among those who came to hear them . Away from the devil, the waters gradually calmed down. Its location: end of the fifth Sanguinetti, 400 m behind the Apprentice School of the Argentine Central Railway. Mandinga's lagoon or bath came to famous with a photograph in a magazine

The truth is that more than a century ago, in the city of Rosario, this story was born that became myth. The area where it is located is the north, between the Alberdi junction, Alberdi Avenue and Mongsfeld Avenue. Legend has  it that those who went into those waters did not leave alive.   A chilling story that even aroused the interest of a group of anthropologists who decided to study the phenomenon.

Researchers crumbled the story of the chronicler of that magazine. This, by way of satire, described a neighborhood and a section of the city in those years that today continues to be  hidden  from the eyes of walkers and motorists. It was a beach of railway maneuver, and remained as a remnant of fiscal land, once the state railways were dismantled in the 1990s.

History began to be studied in the 90s  and in 2015 the group of archaeologists conducted a survey in the area covered by the chronicle.

Why did he come battered? Why is the term Mandinga?

These are some of the first questions the researchers tried to uncover. Some of the accounts collected said that  the devil was battered after a drunk , but according to the stories it is rare for the devil to get drunk. Other versions talked about the fact that she was fighting with the  Virgin  (since in many paintings and sculptures the two figures appear together) and the Virgin put the boiling water to annoy it.

They were also internalized in the term Mandinga, as it is an afro term that later derived into Creole. What kind of population was there? A few years ago a photo appeared where you can observe a child with Afro-descendant traits, so the name Mandinga made sense.

According to the chronicle,  they said that the demon went out singing Vidalitas or “La Donna e Mobile”  and this would give the clue about the Italian Creole and immigrant population.

Studies on the history of the Mandinga Bath found a plan of 1899 containing the Rosarinas SA Calderas. Remains of lime, chimney bricks and walls were found on the ground, so we can presume that the smoke that came out of that lagoon where the devil was bathing was steam by the quenching of lime or by the decomposition of plant material that generates methane gas and bubbles. It's  a way to rationalize the legend.

That population ceased to exist and with its disappearance the myth remained crouched. However, Rosarinos argue that  the place has a mystical character.   “ I do not encourage myself to enter, it is a place where there are no sounds, once I walked about 35 minutes and turned. It's like  a gloomy ,” someone said secretly.

Some tourist circuits incorporate the Mandinga Bath among the attractions of Rosario.