The beautiful lagoon of Melincué, and its village in the south of Santa Fe, keep a traditional legend. An indigenous curse would sleep in its famous waters. 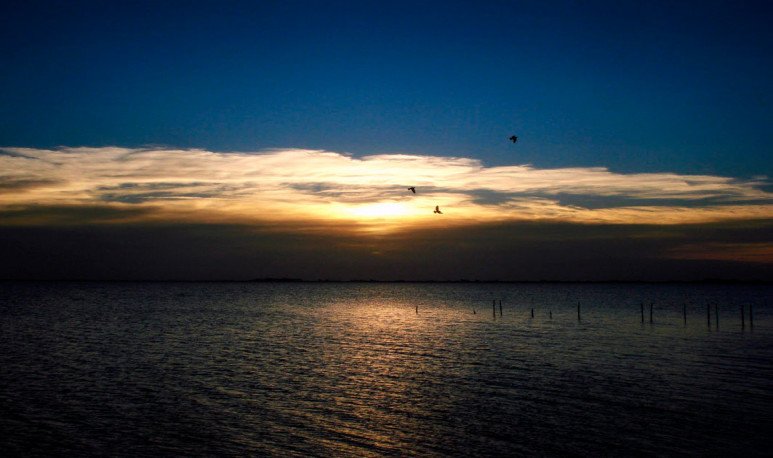 The  Querandí Indians originally inhabited  the lands near what is now  the Melincué lagoon  . We're talking about the  southern part of the Santafesino interior  .

It tells the story that  Cacique Melín lived there, along with his wife and son Cué.   All three loved each other above all things and she looked after her man, whom she was perdidly in love with. When he went out on excursions, she wouldn't talk to anyone until he got back. All that time,  his eyes shed tears of pain.

They were times of excursions carried out by the Argentine army, in the infamous  Desert Campaign . A group of Indians, led by Melín,  was ambushed  on the bank of the great lagoon and  massacred without mercy  .

Only  his wife survived the massacre, who fled in a tordillo that carried her badly to one of the islands of the lagoon.

There,  the woman  athered with pain, and furious at the death of her man and her son Cué  , cursed the whites  . In his agony, and calling the place Melincue, for his man and son,  he wished the people that the waters of the lagoon would grow . So, these would cover the whole place with their waves.

The water grew. So much, he waterlogged fields and reached the village, seizing him for years and causing his inhabitants to live in  a continuous state of alert . Thousands of hectares became sterile, as the height of the lagoon was flooded.

The inhabitants say that, on rainy nights,  the  spirit  of India blows  so that the water reaches the village. They also say that, until there is an act of retort for such  massacre , their spirit will continue to haunt. Filled with anger and pain for his family,  evils will not cease  to reach Melincue.

In its origin Melincué was a fortin established in the 18th century to advance in the  territory  of the Araucans and Pampas Indians. The viceroyalty authorities inaugurated it on October 25, 1777 and thus marked the southern border of the Santafesino territory, which remained there until 1815.

In 1872, on the site that had occupied the fortin, the Compañía de Tierras de Gran Sud de Santa Fe y Córdoba, founded the town San Urbano, now a neighborhood of the city. The Commune was created, by Provincial Law, on September 3, 1886.

Melincué lagoon profoundly marked the town. Floods began in the 1930s and worsened between 1978 and 1981. In those years the water advanced over the spa and reached the town centre. The waters of the lagoon, salty, carbonated and with therapeutic properties were taken advantage of by tourism, but the advance of the waters submerged a luxurious hotel in 1974 and tourism gave rise to sport fishing.

The Mangoré mangrullo was rebuilt in 1868 to contribute to the defense of the population before the arrival of the malones. Today the construction remains on one side of the urban layout and constitutes the last vestige of the fortin built in the 18th century.

What is a legend?

A legend is a story that can have fantastic or wonderful elements. It usually has a more or less recognizable historical base, which, unlike myth, gives it a certain likelihood. Their characters are real or based on real characters. They are transmitted orally or in writing through generations. The time and space in which events occur can usually be placed concretely.