We invite you to discover one of the most popular legends of the province of Formosa. El Pombero, the mysterious creature that dwells in the depths of the mountains. 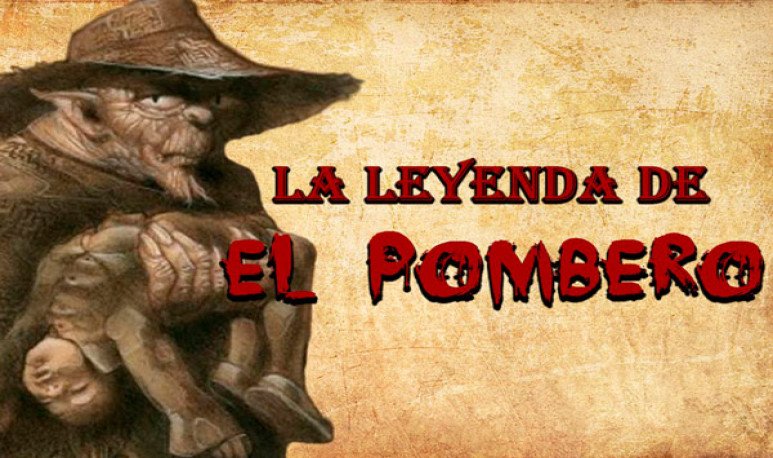 A leprechaun that lives in the mountains and is part of the  legends of the Argentine coast.  There are those who say he shows up at night, but have come to see him by day. Its origin comes from Guaraní mythology, although it is very popular in the  province of Formosa , so  its history is gaining strength in northwestern Argentina.

He can become as friend of man as an enemy , that will depend on the behavior you have. There are even those who want to have him as an ally. It is said that these people ask for favors, especially those who live in the countryside and want to watch their crops grow or take care of their animals. To do this, they leave offerings such as tobacco, honey, cane or burning water. As a reward, the Pombero also rewards the gesture and, in its own way, leaves a gift to those who remember to pamper it.

However, they can not forget to repeat these gifts every night for at least 30 days because, if they do not, they could unleash the creature's anger, who will unload his fury against a whole home. Other things that may bother him is that he hears him talking badly about him or whistling at night. The inhabitants say that  it is only enough to have a rubbing with their hairy hands to fall into a kind of stunting  so no one will want to awaken their fury.

It measures a meter and a half, although in other regions they define it as someone who reaches the enormous height of two meters. They claim that he hides between the bushes and that he bothers throwing stones. Others say that he is dedicated to imitating voices of wild animals  to scare visitors.

This creature usually inhabits bananas and is fused with women who are pregnant. Although it has also  been attributed to it all sorts of terrifying and mysterious events . Your way of acting can be as intriguing as it is puzzling. When he whistles closely, he may be far away, and when you feel close, maybe it's miles away. But in addition, he likes the heat of fire, so some believe that he hides to sleep in clay ovens.

It is believed that history is born from the time of the  Jesuit missions.  The original settlers were captured by recruits and always sought to return to the jungle. There they were persecuted by the colonizers until they were recaptured again because of the need to obtain slaves for plantations. In this way  the captors sought to scare them from trying to escape.

The truth is that many cultures try to define the way this creature acts. Versions about their physical appearance or behavior may vary by region. However, they all agree that this is an  inhabitant who rounds the nights in the depth of the mountain . Those who have had the little fortune to run into the Pombero argue that it emanates a very particular sound that mimics a kind of whistle.

On the other hand, those who seek logic in the face of this difficult to explain phenomenon indicate that these strange sounds are the origin of some failed attempts at communication that resonate in the void of the night and that superstitious people often confuse. Myth, fantasy or simple superstition, the truth is that  just naming it causes some dread . His spirit, real or not, dwells in those who fear to enter the depths of the formoseña darkness.