A story that surprises and leads us to live mystical experiences. The woman who lived in the times of war, between science and spiritism. 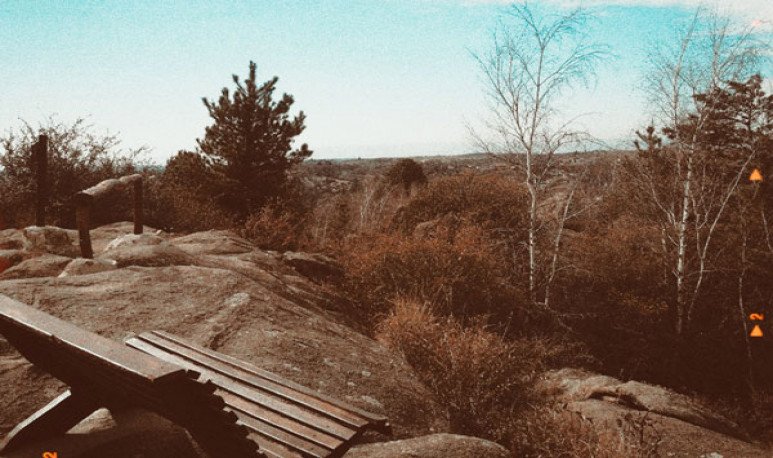 Anne Marie Gourlez de la Motte  was her full name. She came to Cordoba from France, after thousands of technical stops that formed her as a nomadic woman in times of war. He lived in one of  the pedestrians of the Calamuchita Valley a great stage in his history and the last years of his life.      Before reaching the tranquility  of Cordoba, this legend, went through many situations...

Anne de la Motte was born in Brittany in 1877, when being a woman was much harder than now (and that is now difficult). Anne was overcoming social obstacles, to fulfill her tasks.  He came to be received as a doctor,  with the merit of his courage despite all the barriers:  he attended the University dressed as a male  to know the enigmas of the human body. Enigmas  that at the time  were revealed only to men. This  stubborn and intelligent woman  was the granddaughter of a Napoleon general, which gave her a place in a recognized sector of society.At  only 33, Anne Marie became a widow of the Marquis de la Marie, through which she obtained her nobility.

In his life as a Marquise,  he developed unique abilities,  which  were not common in women of the time.  He mastered horses with great talent, practiced hunting, drove cars and studied with passion. During his grief, he studied  two nursing courses at the Red Cross,  which provided him with   key knowledge  for the rest of his life.

In peace and in war

The destination joined her with Alexis Carrel, on a visit to the Grotto of the Virgin of Lourdes in France.  He ran the year 1944 and he met his future companion.  By that time, Carrel was already an  eminence as a doctor.  After three years later, in December 1913, they married.  She and her husband, Nobel in Medicine,  settled in New York. In 1914, they decided to  spend a holiday  in France, but Europe was not a good holiday destination.  World War I caught them on foreign lands.  So her husband  Carrel was ordered to join the French army and  Anne Marie followed him to take the battle front.

Together they set up a field hospital  where she assisted thousands of patients as a nurse and assistant to her husband. This performance would lead them to global recognition and mark  everyone's history .So they  both received the Military Medal and War Cross from the French government  , and  the King of Belgium awarded them with the Cross of Elizabeth.  A real achievement for two doctors based in New York, where they would return and stay the years after their awards.

They were always dedicated to  scientific research,  especially related to medicine. However, they also felt an attraction to  supernatural phenomena and Anne de la Motte combined this curiosity with her religious faith.  Alexis Carrel accompanied Anne until 1944, the year in which he died. Anne, after the death of her colleague, had several comings and goings in which she was  perfecting as a professional.

Very little is known about her life as a  widow (double)  before she settled in Argentina.  When she arrived in our country,  she lived for a while in Buenos Aires, where she worked as a  volunteer nurse at Hospital Fernández, between 1945 and 1954.  He then joined the founding group of the  Emergency Priestly Service. The reasons why he went into exile to the  mountains of Cordoba are not very clear.

He settled in  a room on the first floor of Hotel Cumbrecita , and there he lived for the rest of his days.  Between 1955 until 1968 he lived his adventures with tonada serrana   in the Calamuchita Valley , where today his remains rest.  In his room there was a record player, several photographs and books he read in four languages, to deepen his research topics. During that time he devoted himself to  developing mysterious supernatural faculties that allowed him to do healing treatments and gave him a medium power.  She received patients from different parts of the country, who stayed in the same hotel for the duration of  those treatments . He also occasionally attended the Swiss doctor of the village Wirtz von Leven.

He died at the age of 91,  on February 2, 1968, in a nursing home in Villa General Belgrano. Today, it is remembered with a legend  “Madame A. Carrel/15-2-1877/2-2-1968”  on a tombstone in the cemetery of La Cumbrecita.  She is remembered for being  one of the first women doctors, decorated for her work on the front of battle,  and a  collaborator of the book The History of Medicine  . For having lived in several capitals around the world, and carrying with them  the courage to live and the hunger to know.