The story told by a young woman from Mendoza to a local newspaper went all over the place. He lost the love of his life in Uspallata. Right? 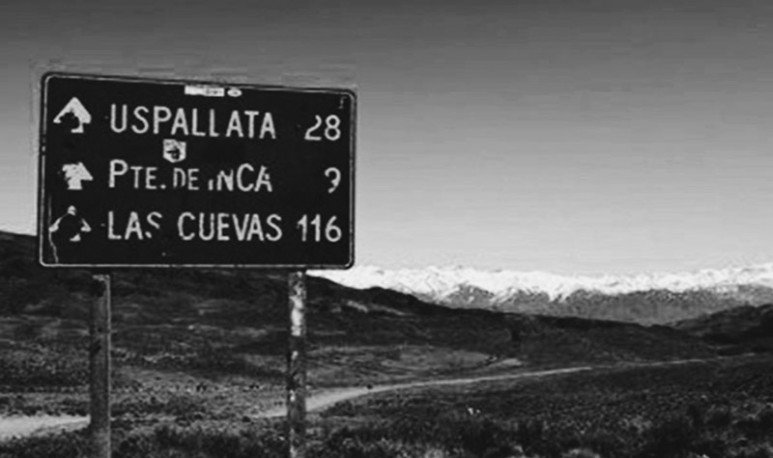 A few years ago, a local newspaper published the story of a young woman who told about the ominous holiday she spent in Uspallata. They were so dire, she even lost her boyfriend in the mountains.

It all started as another holiday.  This couple loved to get in the 4x4 van and go tour  the beautiful places offered by the province of Mendoza.  Laguna del Diamante ,  Villavicencio, Tupungato  and others were the most common destinations. But, this weekend in particular, they decided to go spend a few days in Uspallata. They found a notice about the rent of  a cabin whose owner was a married couple who lived on the same land, but in the background . When they arrived at the house, they were received by the long-lived marriage very hospitable.

He spent the first day with typical activities such as going to  Christ the Redeemer or doing the fast trekking of the   Horcones Lagoon . The thing got complicated on the second day. Some rare things began to happen. On one occasion they took a walk to a cave with cave paintings and, when touching them, she felt like vibrations or electricity. But he decided not to give it greater importance.

However,  it got worse when a flock of black birds and even a group of bats appeared. Even at another time, when they also walked through the mountain area, she was invaded by an unbearable bodily pain that lasted several seconds and went from one moment to another . Her boyfriend proposed to go back to the cabin to rest and forget a little about everything.

When they arrived at the cabin they thought to comment on what happened to the  marriage that lived in the back. The man recommended them to go to the base of hill Uspallata at night, as there they could have a spiritual improvement.  She didn't want to go, but her boyfriend insisted that she be cured of what was affecting her.

In the evening they got into the van, went into the mountain and reached the path that leads to the base of the hill.  They parked, got off and started walking. The night was starry, but no moon. After walking 300 meters, she saw the silhouette of a man, dark, but felt he was looking at her. Seeing her boyfriend, he was pale and pointed to the same figure. They quickly turned around and started running towards the van. At one point, the young woman tripped and fell. When recovering from the impact, she mentioned her boyfriend's name, but he didn't answer. I wasn't there.  He started screaming, but no one answered him. He retraced his footsteps, but only found the young man's jacket. He remembered they left a portable light in the  van . He went looking for her and returned on the way to look for him, but there was no trace.

At one point  she fell molten to the floor and fell asleep.  The next day she woke up with the sun on her face and a man trying to help her. Soon after the Gendarmerie arrived. After hearing the story of the young woman, they told her that it was very common for what she told them to happen.

Arriving at the cabin, crying in grief, she  went to talk to the man who lived in the back. He denied that they had spoken the day before. She said they hadn't seen each other and that he was sleeping at the time when, according to her, they had spoken.

No one could shed more light on the subject. The theory is that the shadow she saw during the  night  was the one that took her boyfriend. And, possibly, the same shadow had possessed the man at the time they spoke and he recommended them to go to the hill.