We tell you the story of Ramonita, a legend that resists getting lost among other narrations and is still alive despite the passage of time. 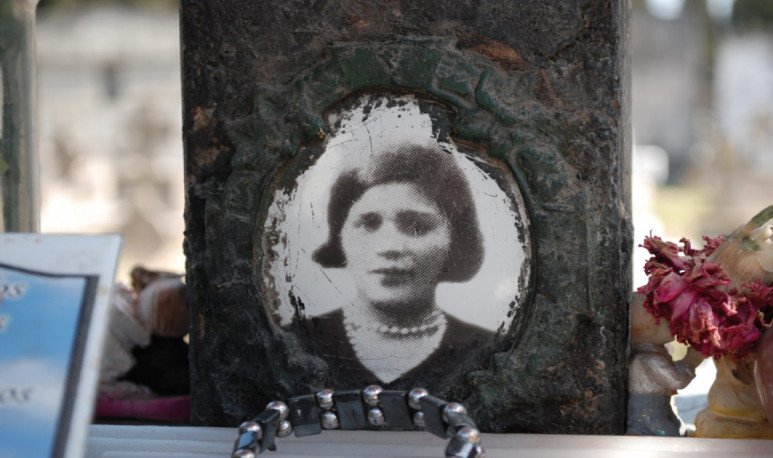 The story of La Ramonita  was very particular . Of those superstitions that the passage of time sleeped, but which at the time  left a mark on the popular soul of the city.  It happened, like almost every history of the time, in the sector of the former “Pueblo Nuevo”, which would be  the current Güemes . This anecdote gave birth to one of the places of greatest “birth”, as it was the point where candles of sebum and thick pabile were lit, usually  in devotion to some saint .  More than 80 years after the events of Ramonita   and all its legacy , we remember this fact that became a popular myth.

Who was the Ramonita?

The chronicles at that time tell that  Ramona Moreno de Yániz was 25 years old when he decided to return  to his parents' house. Ramona's new home was located in Exposición Street (present-day Arturo M. Bas) and Pasaje 11 (present-day Achával Rodriguez). After having been  married to Juan Yániz for 5 years , they had decided to separate. The reason? According to the family  and the people in the area , it was Ramona's “irregular life”. It was said that  one of their extramarital relations  by which they said he had an “irregular life,” was with Reymundo Telésforo Morales, 28 years old, who lived on 629 Ituzaingó street, a garage place with a room in the back.

The fate that was not

On May 9, 1934, Ramona was  preparing a supposed trip to Buenos Aires,  as he would have obtained the job of a  maid for a family  and was going to settle there. Her mother and one of her stepbrothers were going to accompany her and take the train to the new destination. However, before she finished preparing her belongings, she decided to go to Morales' house to  ask her some vitrola records  that she had lent her.

Ramona was killed before she could start her new destiny.  The initial hypothesis of the police was later confirmed by Morales himself. Ramona had gone to say goodbye to Reymundo, and after confirming her departure, there was a strong discussion in which  the man ended up strangling the young woman.   After falling into account  the seriousness of what happened , Morales begins to drink, and  already drunk asks a friend who was in the same state for help  . They loaded the body into a vehicle and moved it to current Mariano Moreno and Peru streets. At that time, the sector was a  large wasteland, little busy and with a ravine of about 5 meters deep,  near the descent San Roque (now Julio A. Roca). The notorious neglect of the murderer and his accomplice became evident when  the victim's shoes and comb were found on the banks of the ravine . In addition, he only worried about covering his head with earth, leaving almost  the whole body exposed.

Where were you, Ramonita? Who forced you to leave?

Ramoncita's body was found by children who had gone out  the next morning  to set trappers. Given the circumstances of the case, it was not difficult for the police to find the culprit. The defendant tried to maintain his innocence, but due to the pressure of the interrogation he ended up breaking. The next day “the Voice of the Interior” titled  “'Because I didn't want to keep the maté, 'declares the strangler.”

The place where they found the body became a space for the faith of the neighbors.   Those who, as soon as the police performance ended, lit candles and turned the place into an altar where they prayed devoutly for the “soul  of the finadita ” and later, for other things.

After time  La Ramonita became a miraculous character.   Many neighbors assured that he had fulfilled their orders and that he made known their presence with  different signs.   The news spread to other neighborhoods and left the city as well. For this reason, on Mondays, at the fall in the evening it was common, for a long time,  to witness the parade of believers.  It was common to see on Monday nights, from the julio A. Roca descent, to see that sector completely  lit by the flames of those candles.  “ La Ramonita” was said to solve sentimental problems or intercede so that luck was not elusive to  poor people  who risked little money in the game. There were no missing cases of miraculous healings,  after a promise fulfilled to “La Ramonita”.

The case of La Ramonita was  another case of femicide . One of the many that, to this day, continue to happen.   However, the situation was different. Because over time it became an icon of Cordobesity and its history was installed in the popular and collective memory.