Home People Urban Legends How many were the gauchos Mugas?

Mythical rural bandits of the early twentieth century, we talk about one, two and even three gauchos Mugas. We tell you the story of these epic criminals. 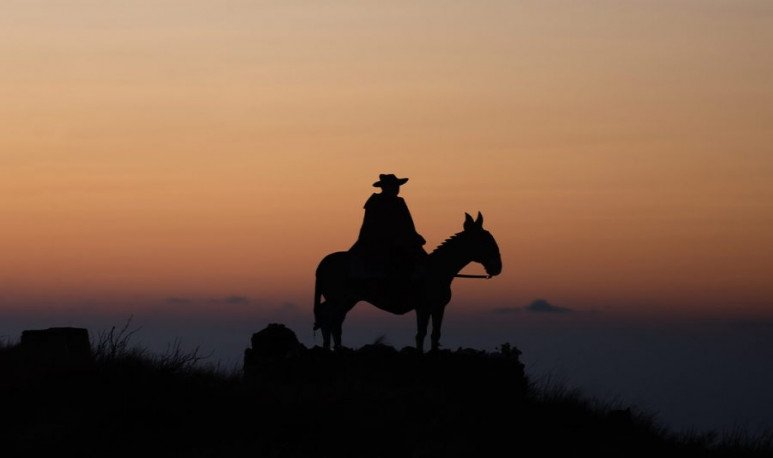 The stories of the  gauchos  Mugas extend, approximately, between 1880 and 1920. The point is that usually talk about “el gaucho Mugas”, but research and documents of the time expand the panorama. Apparently,  the wanderings between   Santa Fe  and  Córdoba  correspond to at least two members of a family  of   rural bandits.

Strictly, the Mugas brothers  would have been three : Lindor, Peter and Jesus  . “ One worse than the other ,” as they popularly say. According to some testimonies, Pedro fell under police bullets in 1890, in a procedure in which Lindor and Jesus braided themselves clean with uniformed men,  leaving a line of wounded  before they managed to imprison them. They ran away and took different directions to save their lives. In 1892, the news of Lindor Mugas's  death  was spread at the hands of a commissioner. One newspaper said, regretting Lindor's sad fate: “Thus has ended the haunting life of this stray young man who did not lack  natural provisions to have played a good role in society , if instead of following the stained footprints of  crime , cultivated his faculties or taken  another more corrected course  in the prozelous sea of existence. ”

Of the gauchos Mugas there was only Jesus, who continued to stir his surname in  criminal feats  that gave topics of conversation to the  countrymen  in the interior. His specialty was prison escapes, as on three other occasions he managed to flee from prison.  In 1897, when he escaped the Penitentiary, he was recaptured  after a confrontation in which his companions died and he himself received 14  bullets   .    on the body and one in the skull. Despite the serious injuries he survived and, six years later,  he escaped again, disappearing from the scene.

One of so many stories

From that moment on the legend of Gaucho Mugas began to be born.  Countless stories circulate in the Santa Fe and Cordobeses camps  that today would come to be classified as an apology of the crime.

A  very curious anecdote  tells of  a bridge and road entrepreneur  , who worked on the laying and repair of railway tracks  in 1918  . That is where we say that the wanderings of these characters reach around 1920. This man had set up his camp where he is today Logroño, where he had to do the repair work of the roads.

One afternoon he took his horse and went out alone for a walk, taking advantage of the rest. After leaving, already quite far from his camp,  a heavy  thunderstorm broke out . The horse refused to follow, when he heard a loud voice calling him:

“ Come on, don!   What are you going to do with this storm?  Take you to my ranch and stay here until this happens.”

He was  a man at the door of a miserous ranchito , semi-hidden in the nearby  mountain  . He made great gestures, inviting him to approach.

He obeyed the businessman and approached the ranch. Already inside ,  they killed , while they were talking . The storm was not abandonment. It got dark. It was not possible to go out: “Don't even think about leaving! The weather is very bad.  Don't be afflicted, we're going to have something to eat . And then we'll go to bed. Surely tomorrow this will be over.”

This good man agreed, since it was not possible to refuse.  They lay down on the floor , each on his errands. And, like good friends, they talked until the dream closed their eyes.

The next morning, it wasn't raining anymore.  After sharing a few mattes, the railway of the hospitable man said goodbye  and, after thanking his attention, he got some  money  in compensation. He had to insist a lot for the homeowner to accept it.

On his way back to camp, he found  several of his pawns looking for him , believing he would have suffered an accident. When he told them where he had spent the night, they said to him, “But, don!  Do you know he ate and slept at Gaucho Muga's ranch?   He's a runaway from  justice . We don't know how many deaths. And you without weapons and with the watch and that gold chain you always wear. We don  't know how he didn't slit to rob him.”