There is a Guarani legend that talks about Mandi-ó, the ugly girl. From here is the birth of the most popular food in northeastern Argentina. 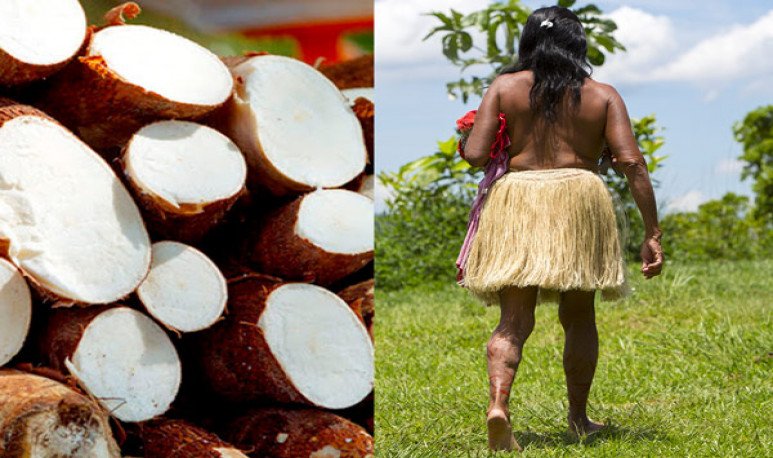 Soon after men began to inhabit the earth there was  a small called Mandi o .  Guarani legend  says that  she had long hands and fingers  that made her ashamed of her appearance. She wasn't cute and the other children in the village were making fun and didn't want to invite her to play. Over the years, Mandi-ó moved away and began to leave less and less while longing to be accepted and have friends. However, the constant laughter of his peers opened deep wounds in his innocent heart that he preferred to avoid. Who also watched closely her suffering was the mother, who constantly encouraged her to socialize. “Dear daughter, someday, if you go on like this, you're going to take root! “, he insisted.

But the girl was still standing in a corner watching the rest of the kids have fun. The confinement in which Mandi-ó had fallen was such that he was no longer going out to collect fruit with his mother. It should be noted that agriculture was not common at that time, so in order not to starve people had to supply themselves. This task was mostly dealt with by women accompanied by their youngest children. While men and young people took care of hunting and fishing. So the little girl distressed by her image did not want to accompany in the traditional activity. Instead, he preferred to stay in his tekoah, the store in which he lived.

Letters in the matter

According to Guarani legend,  concern  for Mandi-ó reached heaven. So one day, the god Tupa decided to do something about it to help her. In this way, she appeared in the girl's dreams in order to end the martyrdom she was going through. He then told him  what steps he should take  if he wanted to be appreciated by people. They were counting on waiting for a big storm and being aware that lightning would fall making a clear in the middle of the jungle. Then he had to head towards the site and dig a well to put his feet in. However, he first recommended her not to leave without telling her brothers to look for her when the storm is over.

Finally, came the date when the little girl was encouraged to follow the advice.  No one saw her again after her journey . The only thing they glimpsed on the place was  a tall green shrub, the leaves of which resembled hands with long fingers . The first thing they thought was that the girl had been absorbed into the earth, which led them to dig to find her.

But the find with which they collided were thick tubers -  cassava . From there on, Mandi-ó accompanies his entire tribe. Guarani legend says that it  accompanies the natives on their trips to the south ensuring food . In turn, she became friends with the toupees with whom she crossed the Amazon and arrived in the Guiana where she was renamed yucca.

The cassava and the northeast

The importance of the Guaraní legend we tell has to do with the customs typical of northeastern Argentina. It is that in those parts of the country cassava is used for the elaboration of various typical meals. Some of them are the pyron, the tortillas de fariña and, of course, the chipá. Without the last, our rainy days would not be the same.