The stories that the land of the “Champa” tells us are chilling. Sacred land that hides secrets of the province of Córdoba. We tell you one of so many... 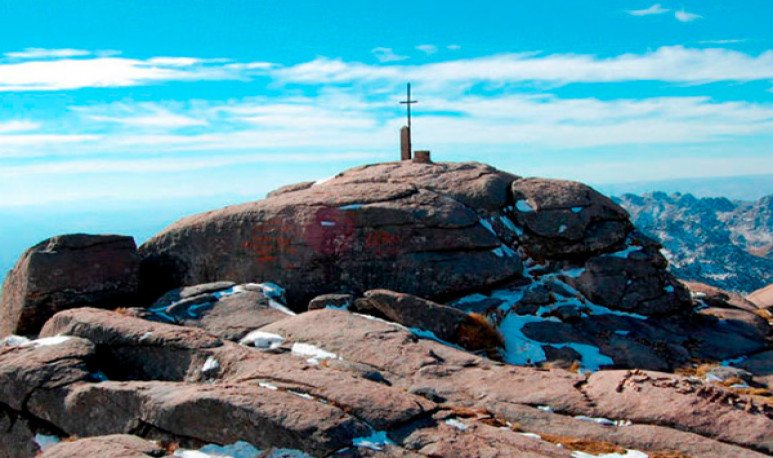 Cerro Champaquí is the highest peak in our province . It is located in the west and has a height of  2790 meters.  You can walk up walking through marked trails and it is always recommended  to go with guides or someone who knows the place well  . It can be accessed from Calamuchita, Traslasierra, or from Los Linderos hill in Villa Yacanto.  It is one of the wonderful points of Cordoba.  That's why we tell you  some data about these lands.

The name of the hill has its history:  Champaquí, derives from the quichua  “champa”  word that refers to grass or pastures with roots in permanent moisture soil. This is one of the characteristics of the Cerro soil. However, there  are many meanings , for example, quichuist Domingo Bravo, says that the word " champa”  means: 'grass torn to  build a stream of water,  to limit it or derive it'.

But if we go more north, things change. In the province of Salta, the word “Champa” is used to designate  pieces of earth or clay with roots also made of    thin wood, which is the first to be placed to ignite the fire.   Some researchers  refer that the suffix “Qui” or “Ki” refers to  a title of power, and would give the place the strength of a chieftain.

Thus, with the reconstruction of history and with linguistic data, it follows that the hill was inhabited by a chieftain who reigned  in the Turf Region (“Champa-qui”), although there is no other evidence than those described. In this  beautiful hill,  many legends are hidden.

They tell the bad tongues...

After the pampilla de la cima, farallones as a fort guard a circular lagoon, fed by streams. In the sunsets a gentle steam rises, which the sun stains red and gold.  Then  appears a blond haired woman wrapped in white and orange tulle,   which   after dancing disappears among the mists.

She's the bride from the lagoon.  In one of the large caves, on the eastern skirt, shortly before reaching the summit of the hill, lived an Indian chief, who from that natural watchtower watched the entire region.  From that wide horizon  they discovered one day that white people lurked the area west of the San Javier Valley. In one of his raids across the Sierra de los Comechingones,  this boss abducted a blonde girl of rare beauty and took her to the mountain cave, just as Indian Bamba did  in the valley of the mountain. Punilla .

Spanish expeditions to rescue the girl failed, because the steep mountain did not give way to them, which was only flanked by three dangerous gorges:  the slope of the goats, the creek del tiger and the slope de las totoras  . They were not resigned to losing her and in their anguish in the hope of seeing her, they looked at the Hill.   Only in the sunsets without fog, luminous, it appeared as an illusion.

The red color of twilight and the white water vapor formed by beautiful combinations, by a natural mirage,  reproduces a human figure of woman who seems to dance wrapped in gauze on the head of Cerro Champaquí.   That's why they call her the Bride de la Laguna.

Other versions tell  more tragic finals  for  the bride of the lagoon.  And they say that, in fact , she captivates her in her desperation to return to her own, she committed suicide. He was throwing himself into  the void from the hill that could calm his anguish . And after that, he appears during the sunset to make us remember his story and  show that his soul still lives on the heights.

Everyone chooses what story to tell. There are those who call it  the fairy del Champaquí  and those who say that a traveller gaucho passing through the area was  ecstatic with the beauty of “the young”.  But when she wanted to confess her love, she always disappeared. In one of the many attempts, he  was trapped forever  around the lagoon,   hoping to be able to declare his feelings to him.

The baqueanos of the place assure that  a golden horned bull accompanies the fairy.  While many more say that she  is not a fairy or a woman, but a mermaid who appears at midnight.