We present the story of Silbo, the ranquel spectrum that round the fields of La Pampa. 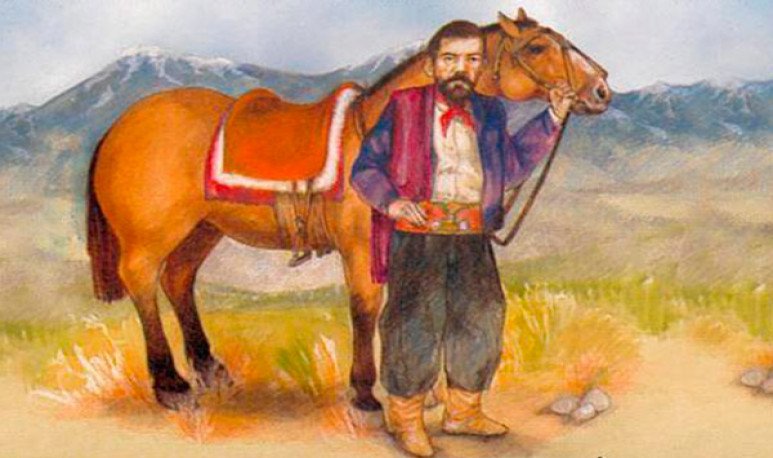 The ranquelin legend of El Silbo is located in the  northern mountains of present-day Trenel , province of  La Pampa , where ranquelin tribes lived. The story refers to the  Huyhuín ranquel  and was contrasted with Christian stories from the time of the Conquest of the Desert . The nickname  comes because he had a whistling and singing . They say that. until ordinary days,  his spirit appears preceded by the same song he used to whistle  (a loud and mysterious whistle, the origin of which cannot be specified).

The history of the countryman Huyhuín

The legend was El Silbo began  before its spectrum begins to appear, that is, before Huyhuín dies . His name was passed on from generation to generation, between ranquels and creoles as he walked on his two feet like any mortal, or almost anyone.
The narrative describes him as  the most handsome and the best “stacked” among the countrymen . This feature was added to his  hobby of women  and his habit of rapture. “I did not return from a maloceada without the captive good waid on the cross of the colt and endless baubles” recount the ranquel tongues. Besides,  El Silbo was skillful at the time of fights, handled his knife like none  and had it for him as unbeatable.
Whistle became a legend in life more because of his stunts than for his feats. The greatest feat was the  abduction of a newlyweds woman  in Rio Cuarto, Cordoba. As soon as “the china” left the mud chapel,  El Silbo forcibly climbed her on his horse and took her to La Pampa.   This meant a terrible humiliation for the Spaniards and Christians, and the utmost glorification for the countryman ranquel

The Cordovan who ended Huyhuín

The Cordovan known as  El  gaucho  Maidana , was a right-handed cutter from Rio Cuarto. The days of this, almost end when  he fell for a robbery, but he got out because he was  offered between rotting his bones in prison and being a  partridge of justice.   The second option didn't seem so bad and that's how  one of his most sought after prey was El Silbo.

One September afternoon returning from a hunt,  Maidana spotted a rider slowly moving away from her awning , with a quiet gallop. The nerves could not explode in Cordovan, which had already saved the blocks that separated him from his home in just a few seconds. With the chewed, he asked who that was; to which  his china responded smilingly and without any glimpse of guilt: "   El Silbo. He asked for you  and he left right away.”

With a furious gallop Maidana came to the side of El Silbo.  The fight was frenetic , but Huyhuín left with the disadvantage of a squirting pit on his shoulder (bad omen, they say) so he never had a chance. However,  instead of fleeing, the fight continued  until the end of the end when Maidana's faca  cut off half his neck  . Legend has it that he continued to stand and stabbing in the air, while a steaming stream of blood came through his neck and until  a last whistle came out of his chest, with the last gossip of bravia blood .

People who comb the most gray hair in Trenel do not lose opportunity to claim that  the  spectrum  of El Silbo rounds in the field,  in search of the creole who beheaded and  whistling him from the cracked neck .