Home People Urban Legends Do you dare to go to the woods when afternoon falls?

In this town of Buenos Aires, neighbors prefer to stay away from the forest. The motive? The ghost of a girl beheaded by a lion in a room. 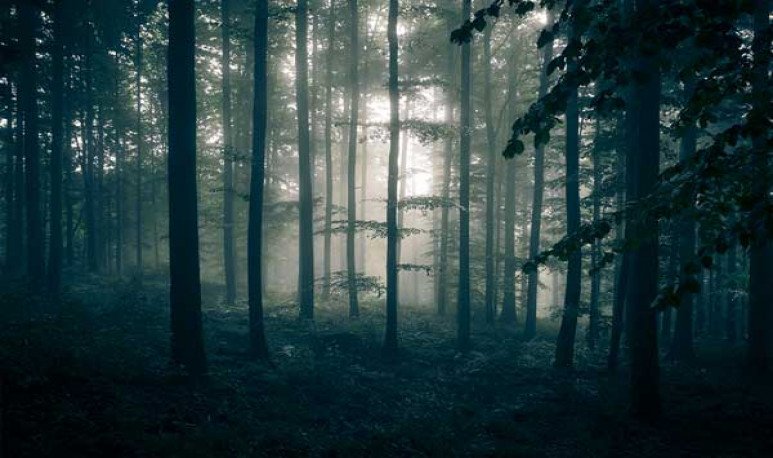 A small town, a stay in the woods, the  ghost  of a girl.  It seems like the plot of a horror film, but it is not. All this is here, in Argentina, in the mysterious town  Máximo Fernández , located in the   Bragado  party, Buenos Aires province. According to the last 2010 census, the town has only 4 inhabitants. They and everyone who visits the village are careful  not to be in the woods when the evening falls . They say you lose orientation. They say it is possible to meet presences from  other worlds .

There, in more prosperous times,  there was a great stay . Its owners, who had some eccentricities, had a  zoo .  In a cage,   there was a lion  . At the beginning of the twentieth century, the animal took the life of a girl, to which he beheaded. From then on, another story began. But let's start at the beginning...

The lands where these events take place belonged, at first, to the very same  Facundo Quiroga  (yes, the protagonist of the  Facundo  de Sarmiento). In 1872, they were bought by  Máximo Fernández , who built the estancia and named it  La Matilde , in honor of his wife. In 1904,  the family came into the scene that would bring  tragedy  to the village , in the form of a  cat  that swims I had to do there: the  Salaberries . It was a wealthy and successful family in business, with quite particular tastes.

Juan Francisco Salaberry and Matilde Bercetche (yes, she was also called Matilde) carried on a small fief on which more than a thousand people came to depend. The design of the park was the French landscape designer  Carlos Thays , who also designed most of the  green spaces in the City of Buenos Aires  Aires, among them the Plaza de Mayo and the forests of Palermo. In  La Matilde  there was an artificial lake, a pergola, a huge birdhouse with exotic birds and  a private zoo with animals brought from distant countries  . Among the animals housed there, there was even an African bear and a polar bear. And, of course, lions.

Maybe her name was Amalia

They say maybe her name was Amalia . And that she was the daughter or granddaughter of the lion keeper. It is not known exactly how old he was at the time of the event. But, apparently, the girl went over to the cage and  a lion beheaded her from a paw . His remains were buried on the site where, in 1914, the Salaberry family decided to build an imposing  neo-Gothic chapel  with materials brought from Europe.

The tragedy was a before and after in La Matilda . The zoo was dismantled and the animals were moved to several zoos, including the one in the City of Buenos Aires. Thereafter, the province banned private spaces for  captivity  of exotic species.

Years later, when the Salaberries died, their children did not manage the property well. Between 1934 and 1942, the estancia was directed by the Argentine Real Estate Company. Then,  Francisco Suárez Zabala bought it,  who would be the creator of  Geniol  and  Uvasal  . He renamed the estancia  Montelén . In 1974, a tornado destroyed the chapel, of which only its  ruins remained. Just that?

A ghost in the woods

They say that the girl began to appear shortly after her death.  His parents and grandparents said they saw his  ghost .  All the neighbors of Máximo Fernández and the surrounding towns know the story and know, too, someone who once met her. There are even pictures where you can see it.  They say that he appears in the vicinity of the ruined chapel and that no one comes there in  the afternoon, after 17: strangely, it gets dark — even if it's day— and it 's easy to get disoriented  . Besides, no one wants to risk meeting the  girl .

The tragedy happened between 1904 and 1910. Testimonies confirm that it was  a   real story.  The girl died. Believing what happened next is left to everyone.

The soul of a girl who lives in the Lanín

A caption to keep you awake

The stone of love lovers