Do you know the crepe? Yeah, the bird with a Mohican hairstyle. This is the popular story that tells about his birth. 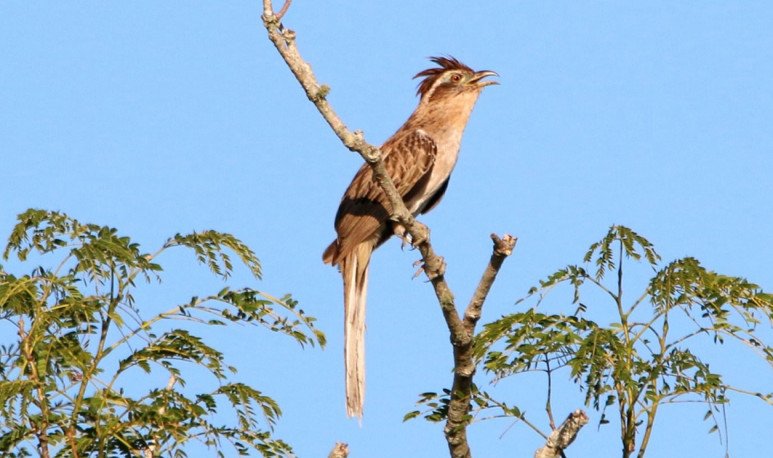 The story tells that  Crespín  was  a good and hardworking Creole  , who preferred simple and sober life. On the other hand, Durmisa, his wife, liked parties, music and especially dancing. During a year of very abundant harvest, man had to strive to finish the harvest and threshing. He performed only the tasks, without anyone's help, and the days seemed endless to him.  Until one afternoon he arrived at his ranch with extreme exhaustion and feeling sick with so much effort . However, the woman downplayed her because she was focused on her  dance steps.

Then, Crepe informed him that he was feeling ill in health and that he was worried that he had to finish harvesting. So he commissioned his wife to go to town and bring her medicine. The man intended to be able to get up the next day to continue his work. And although Durmisa still did not perceive the seriousness of the  disease , she left to perform the commandment anyway. However, on the way he met a dance, where everyone was celebrating the culmination of the harvest. There, a zamba began to sound that made her forget about the worker and could not stop anymore.

The woman was alerted that Crepe was dying. However, she replied that life was too short to have fun and long to cry, ignoring the consequences. At the end of the celebration, Durmisa returned home and her husband was nowhere. Full of remorse, he looked for him in the surroundings and crossed the wheat calling it by name until he almost ran out of a voice. With the last sip of breath, the wife begged God to give her wings to find Crepe.  What I didn't know was that the peasant had died that night and some neighbors had watched him and buried him. So,  turned into a bird, he still looks for him in solitude  flying between the treetops.

Crepe   is a  shy and lonely bird  that frequents wooded and shrubby areas, farms, grassland edges or paths. Its figure is difficult to detect as it is hidden in dense foliage. In Argentina, it is distributed from the forests and jungles in the  north , and it goes down the mountains and spines to the province of La Pampa. In fact, the northern naps are musicalized by the sound of this species. It is 28 centimeters long and is one of the smallest members of the family of cululids. Which is represented by 11 species in the country.

This  animal  gives off a beauty that is decorated by its apperdized plumage and characteristic long tail that distinguishes those of its kind. It also has a light eyebrow on the face and a dark crest with delicate pale spots on the tip of each feather. While its beak is somewhat curved, as is the toes of its legs, facing two forward and two backwards, and finally, we can clearly distinguish it when you put it in the hunting position. It is that in the unfolding of its wings he shows the feathers of the alula forward, leaving the impression of having three heads.