We tell you one of the urban and mystical legends that revolves around Cerro Uritorco, which is characterized by having a very particular energy. 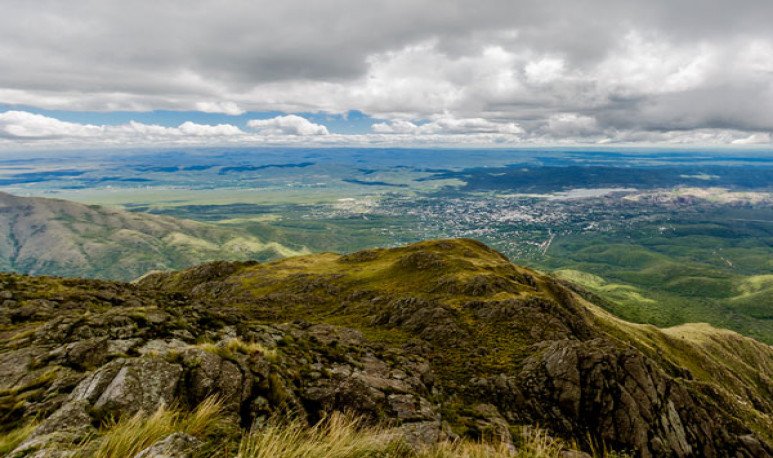 Cerro Uritorco, in Córdoba, is one of the most well-known hills at the provincial and national level.  He became famous, above all, for the myths and legends that circulate around it. Stories related to his  particular mystique, to extraterrestrial life and to energetic issues  that escape from this earthly plane. Undoubtedly  it is an icon on a tourist level ,  but also on a popular level , because thanks to it thousands of  myths and urban legends are born that will last forever.

Uritorco is a 1979 masl hill,  located in the north of Punilla Valley, near Capilla del Monte. This locality is accessed via routes RN 38 and provincial 17. Its summit is the maximum elevation of the Sierras Chicas,  formerly called Viarava.  At the beginning of the 20th century when  Mr. Fontaine Silva bought and privatized Cerro Uritorco  for its tourist potential , he ordered to build a road. This tour is what today  thousands of tourists  travel and where “weird things” are lived. Visitors witnessed manifestations of the “bad light” or the appearance of the spirit of the Uturunco, a kind of red-eyed black feline man.

This hill so loved and adored by all Cordobeses and Argentines,  makes stories spurring up, as if it were an active volcano and legends lava inside.   One of the most common stories  is that of  the 'intra-terrestrial city of Erks'  which is supposedly inside or as some say inter dimensionally.

Before, a long time ago

Before the conquest of America,  this hill was already considered  by the originating Comechingones  as a divinity.   It is suspected that because of its animist tradition it should be of great importance to them, since it  represented the “hill macho” as indicated by the translation  of its name.

The oral tradition that comes to us through the popular beliefs of the locals elders, who tell that these tribes watched ecstatic the lights that crossed the sky. The show was attributed to  the spirits of the millennial dead  that emerged from their tombs. The bigger the light was, the greater energy the spirit showed. Men could also be seen walking along the hill who  disappeared among the stones without leaving any trace...

It is said that all these episodes came from  a supernatural world , or what would later be known  as 'ERKS the intra terrestrial city' . Legend has it that this is the  place where the elect will be able to take refuge when the catastrophe  reaches the world. It is an ethereal city that, occasionally, could be appreciated on one condition: that religious leaders open their door.

According to different branches of metaphysics ERKS means:  Meeting of sidereal cosmic remnants.   And, according to some believers, in this place  the regeneration of the future human race would be born.   Theoretically, the place  has inside the Temple of the  Sphere and the three mirrors. Through which there are  cosmic exchanges of data with all galaxies .

It is also said that there lives a hierarchy of High Lords who would be collaborating with the other intra-earthly cities scattered throughout the world. It is also said that  ERKS is a distribution center for planetary and extra planetary energies . According to scholars, ERKS is  an initiative center or par excellence, it is a center  of education and training, interior transformation and lighting.

The passage to ERKS

For those who have made this myth a quasi-religion there are  certain conditions to know  the city of mystery. According to them, in order to access ERKS, we must allow us to pre-access  the ERKS Celeste or Dimensional in our own internal world.  That is, to have taken an introspective and self-knowledge journey.

And you... have you heard about this city yet?