Several stories came to light about Cerro Chenque, in Comodoro Rivadavia: here we tell you what they are. 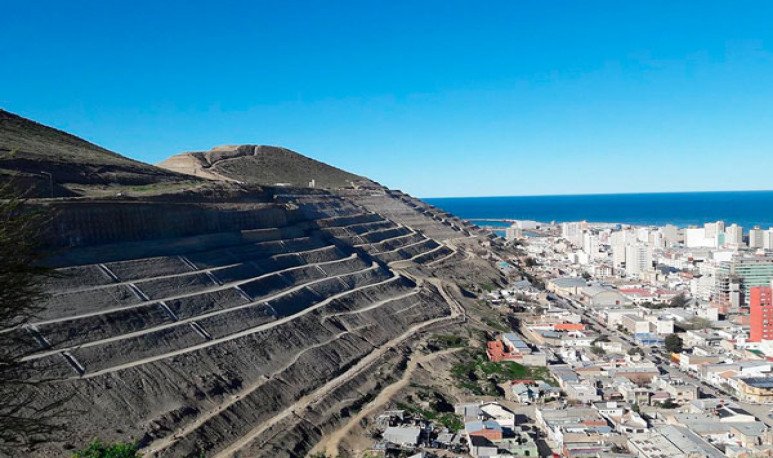 Cerro Chenque  is located in the   Chubuten  city of  Comodoro Rivadavia   and is a stunning panoramic point to visualize the oil town.

It can also be seen from the neighbouring Rada Tilly, and from the border with the province of  Santa Cruz . It is an elevation that is 212 meters high. There come walkers working out, groups of friends who enjoy the view of the four cardinal points and spend the afternoon on the heights between mattes and something sweet or salty to accompany them.

According to them,  chenquemeans' tomb 'in  tehuelche  , and archaeological remains have been found on the hill. But the outgoing data is based on the  popular beliefs  that the locals tell about the mythical Chenque, some that invite us to visit it again, and others that call us to respect it and generate a little fear.

One of the legends is friendly for those who travel through the geographical feature, formed by a succession of layers. This ensures that those who visit Chenque and rub their hands on the sandy soil will return to the region, by the call of the spirits of the ancestors who rest there.

This is a popular belief that invites you to return to the payment, something similar to the  legend of the calafate , which ensures that those who taste this fruit never leave the  Patagonia , and who leaves always comes back.

Another story says that  whoever digs and pulls skeletons or other elements of the hill will have a hundred year punishment for himself and his families . According to the report, those who have stayed with arrowheads or chenque's chenque have been cursed or have had a sudden death.

For his part, the Buenos Aires writer based in  Esquel Ariel Puyelli speaks in a book about the “curse” of Chenque . We are not going to spoilize the content of the work of the born in San Andrés de Giles, but, for those who are not aware of what is happening in the oil city in relation to the hill, it is necessary to make known that it generates concern. Why? Because of their landslides. But that could be due to the ancestral vengeance towards the white man, for desecrating the indigenous tombs located there.

Believe or burst, but in 1995, more precisely  on February 12 of that year, it is remembered as the day that Chenque divided Commodore in two . At that time, 200 meters of Route 3 were destroyed by the displacement of the hill and, in this way, the north zone with the center and south of the city were isolated.

The event occurred at four in the morning, but the memories remember that for several days there had been fissures on the asphalt in the area known as El Infiernillo, which reflected the displacement of the ground. But it was that early morning that those  small fissures turned into large crevices more than three meters deep, Chenque collapsed causing landslides and left one area of Comodoro isolated from the other.

After what happened, for six days, with shifts of fifteen hours a day, they had to work graders, bulldozers, trucks and cranes to set up three alternative graders.

It was on that occasion that the work of the terracing arose, which prevented the climate catastrophe that occurred in 2017 — which left hundreds of families homeless — from even greater. The concrete fact was displacement, the city of Comodoro Rivadavia divided into two, the problems caused by it and the latent fear that this will happen again . Will it be the curse of the Chenque?