Castillo San Carlos is an emblematic building located in Concordia in the province of Entre Ríos. It is said that its corners inspired the great literary classic. 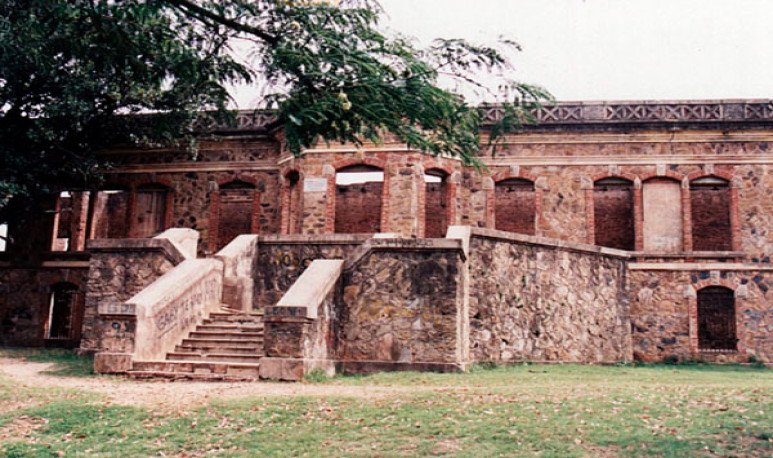 The  story  tells that, in the late 20s,  Antoine de Saint-Exupéry  was flying a plane of the General Aerospotal Company. For those who do not remember him, this is the  author  of  The Little Prince  , a  book  that continues to mark generations and teachings. As he was on his way to Paraguay, a technical breakdown in the engine forced him to land emergency. The place where he would have done it was north of the town entrerriana, in a descampado near the Uruguay r ío . Steps from there was the  Castillo de San Carlos , an imposing stone  house that today houses  myths and  legends .

Noises from that forced place attracted the attention of  Susana  and  Edda Fuchs  . Girls, aged 12 and 18 respectively, were  daughters  of a marriage of  French immigrants  residing in the  mansion . Surprised by the fact, the sisters approached Saint-Exúpery and invited him to meet his home and his parents. So the novelist settled in the Hotel Colón and used to visit the family for months. Later years, he would have admitted that he was pleased, because the facilities recreated images of his childhood in Saint Maurice de Rémens.

Some argue that this  experience  was the one that  inspired  the creation of  The Little Prince in part. The fundamentals are that girls raised animals, including two foxes and some snakes, and they were to express their longings very much. In fact, in the chapter " Oasis”  of his book Land of Men  it is possible to find references.  “I had landed in a field and didn't know I was going to live a fairy tale. It was near Concordia, in Argentina. I dream. Everything seems so distant, what will have become of the two fairies?”, stated the author in allusion to the sisters.

The Castle of San Carlos was  built  between  1886  and  1888  . It has two floors, in which 27 rooms and marble floors are deployed. Its construction was demanded by  Edouard Demachy , a supposed  French count who enjoyed the space until 1891. However, one day he decided to walk away along the Uruguay River on his boat with his wife and he never returned again. Such a sudden restraining awakened the  mystery  and local  rumors  about what could have happened. Even, some locals claim that he did so to  escape from  his  grandfather  , who would have made a  pact  with the  devil  .

Years later, a terrible arson, looting and vandalism left the mansion in  ruins . Currently, it is only possible to visualize its structure. Over time, it became the  scene  of  rituals  of sects,  offerings  and even  hiding places  for characters escaping Justice. At the same time, it must coexist with installed  popular beliefs  about the existence of spirits, deafening noises and moving shadows.

The property where the house is located was  restored  and put into value in  2014  . Tours with guides and a museum located in the old stables are available. Likewise, the space was converted to the  Municipal Natural Reserve  and so did the Castillo de San Carlos. In his park, a  sculpture  inspired by The Little Prince was built to pay tribute to the work and the illustrious guest.Thus,  visitors  are  amazed  at the  landscape  and allow themselves to dream for a while being in the  imagination  of Saint-Exupéry.