It is also known as the “legend of Old Oran”. It is one of the Argentine legends that brings together the history of a town: vegetation, economy, culture, and above all the magic that every legend gives. 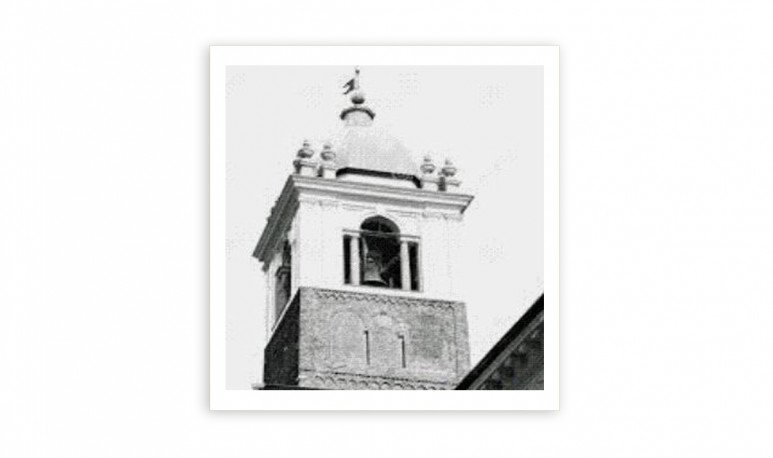 In  Salta , there is the story of “Oran Viejo”, a city that disappeared by an earthquake and completely destroyed that place, also known as El Cedral. It is one of the Argentine legends that it would have been located in the east of San Ramón de la Nueva Oran, where there was a church with gold and silver bells that, to this day, can be heard in the distance.

The legend is known as  Las Bells del Cedral,  as well as the Legend of Old Oran. In order to write this story in detail,  Ser Argentino spoke with the  writer , sculptor and former teacher in Letras  Santos Vergara , who kindly told us about this fascinating story.

Legend narrates that, in  San Ramón de la Nueva Orán,  there was another city, prior to the current one, called “Oran Viejo”. It was a place “prone to floods that today is known as El Cedral”, begins  Vergara  his story to  Ser Argentino  .

There, formerly there was a  church  with gold and silver bells. The houses were made of adobe and were located around a square, with extensive planted and abundant cattle. At one point in history, Oran became very important economically and was the most outstanding city of Chaco Salteño, says legend.

“People who came from Alto Peru or from the Rio de la Plata, which passed through  Humahuaca , and wanted to move towards El Chaco or live a time of rest, had that city as an obligatory step. The city developed economically and culturally, and there were plenty of plantations, people who lived around, and it was doing very well. As they were doing well, they began to show pride, growing ambition and accepting sin as normal. Then, the whole city was transformed into a lost city, socially, ethically, and it is said that's why there was a very strong earthquake and then came floods, pests and the city ended up disappearing,” the writer explained to our media.

The locals argue that the only thing left in sight after the  earthquake  that happened in the “Oran Viejo” or in El Cedral” was the church tower next to their gold and silver bells. At this time of legend,  Vergara  added that “some time later, survivors and new neighbors rebuilt the city in the vicinity, which is the place where San Ramón de la Nueva Oran is currently located.”

With regard to the old tower, it “sank into the waters and there was a series of small lagoons, lost among the vegetation that grows in the place. That place is El Cedral,”  Vergara said.

To this day, Oran's grandparents tell their grandchildren that bells can be heard at midnight. The locals also argue that the sound of gold and silver bells is sweet and, at the same time distant, that comes from the “Old Oran”.

“And they even say that, going only along the road that flows into the lagoons, it is possible to see the tower sunk in the water, with its beautiful bells,” concluded the writer from Oran.

He was born in San Ramón de la Nueva Oran, Salta, on July 8, 1955. He was a professor in letters, former professor of the U.N.Sa. (Oran Regional Headquarters). Cultor of literature and plastic arts. He also taught Language, Literature and Artistic and Communication Languages in different educational establishments of EGB3, Polimodal and in tertiary level institutes in Oran.

The Oranan took his first steps in plastic art as a young man, illustrating the collection called “Let's know lo nuestro” by historian Hugo Alberto Luna, and published in 1979 the cartoon “El Familiar” in the newspaper El Tribuno de Salta. He has made exhibitions of drawing, painting, engraving and photography in salons in the province and elsewhere in the country, as well as illustrating books and magazines in the region.

As a writer he has published books on narrative (story and novel), individually and also shared with other authors. He has won awards in different competitions, both regional, provincial, national and international. He also collaborates permanently with stories and articles on regional culture in newspapers and magazines in the country.

As manager of cultural activities, in 1982 he founded, together with other artists, the Grupo Vocación de Orán, a cultural entity that for 20 years was dedicated to promoting and disseminating the artistic manifestations of northern Salteño. He was also president of the Organizing Committee of the Oran “Luis Felipe Wagner” School of Fine Arts, which began operating in August 2000.

Since 2003 he has edited and directs the cultural publication “Cuadernos del Trópico” and is responsible for Ediciones Cooperativas del Tropico. Currently, Santos Vergara is retired from teaching.