The sweet song of calandria does not match the cruelty of the protagonist of this Santa Fe legend. 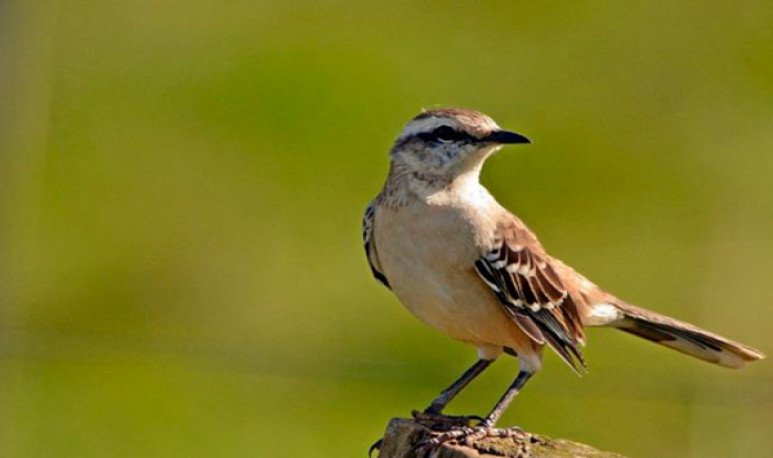 The crepe, the federal bird, the urutaú... so many birds in our lands are the cause of emotional Argentine legends. There is something about the physical beauty and singing of birds that motivate, since yesteryear, the inhabitants of the villages to imagine almost mythological stories with them as protagonists.  Another legends of the entire coast and northeast Argentina  is that of calandria.

Calandria is a species of abundant bird throughout Santa Fe. It is not very eye-catching because of its coloring, but it has a striking behavior and singing. It is a resident species, so we can observe it throughout the year in this province.  It has a beautiful song and also has the amazing ability to imitate the songs of other birds, and even sounds of other animals.   From there comes its scientific name, in Latin, Mimus = mimus, imitator. He usually sings from the tip of a branch or other exposed site (such as an antenna, for example) and accompany their songs with short flights upwards and then drop back to the same place without interrupting its melody.

Calandria appears as a  symbol of freedom in Argentine folklore , in fact, it receives qualifiers such as “The Queen of Black Eyes” and “I am free as calandria” as a free expression of captivity.

Precisely this bird does not tolerate captivity, to the degree of ceasing to emit its trills and dying if it is caged. In addition, it represents very well the being and feeling of gaucho, just like this special bird.

Calandria is also associated with crush, for being a singing species, which  is characterized by music and joy.  Therefore, it is inconceivable that this bird is caged, unable to deploy its natural virtue.

Legend takes place in the deep interior. He tells the story about a very beautiful and attractive young woman who, provoking how young she admired her, ended up falling in love with them all. Put another way:  after turning on the love of these young people, she played with their feelings and rejected them.  The story tells that he treated them with such cruelty that many of them had made the sad and desperate decision to take their own lives, as their love for that of this pretty young woman was not reciprocated. According to legend , the voices of souls in grief were brought by the wind into the ears of the cruel maiden , who felt no concern.

This was so until, one day one of his lovers got fired because, apparently, she gave him hopes for love. Looks, words and signs aroused the illusion. However, as always, he began to turn away and despise this man, to seduce another who had courted her.

That young man was confused by that attitude and, as in many cases,  the tragic chain began.   First, the broken heart arises. Then the heart is filled with grudges, to the degree of asking the heavens to punish it for being so cold in the soul. And so it happened:  a curse that reached her, turned the girl into a bird.

From its former human condition, calandria keeps the indescribable beauty of its song. This would allow him to reproduce the triune of all birds, similar to his unstable attitude from branch to branch. A song of calandria that would now serve for the comfort of those souls in grief, for unrequited loves.

Beatriz Bonnet: a symbol of argentinian comedy with sad ending