The haunted house is the most repeated element in any horror story. But the repeated does not take away the creepy, with this story. 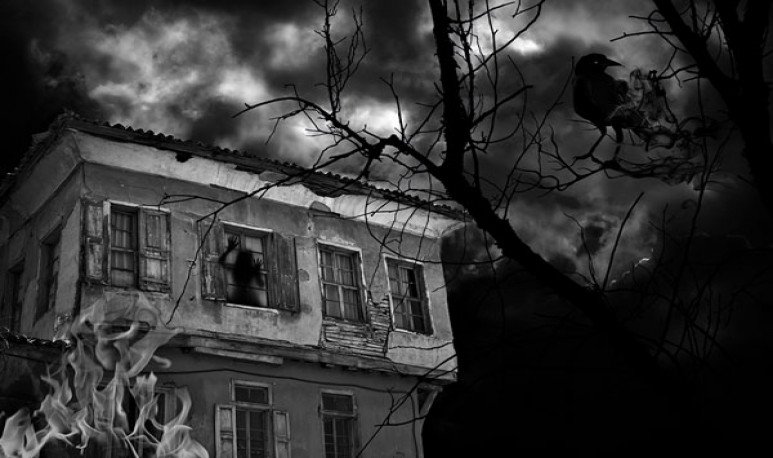 They say that many years ago, on Teurlay Street in the Unimev neighborhood,  a very strange woman lived. Neighbors commented that he did some sorcery practices: he threw away the letters, made potions to gather couples and communicate with the   dead . Many people with different urgent needs, such as economic pressures, diseases, etc., came to their services.

Some claim that there was a witch at the place and that  his house was full of rare objects and a sinister landscape was observed : the front was gray, the windows had broken glass, the garden dry and without the scent of flowers or plants, the sound of emptiness was heard every time someone was I was peeking over there. And, as it couldn't be otherwise, black cats were the only ones who gave a little movement to that gloomy postcard. Therefore,  no neighbor had contact with the woman and she had noticed that rejection. The odd thing is that, in this situation, his only answer was laughter. A creepy, macabre laugh.

The years passed and  he passed away. Nobody knew how to explain the facts that occurred well , however, the house was abandoned for a while, but it was acquired by a new owner who made spare parts to place it for rent.

It was immediately occupied by  tenants who lasted very little time in the place, as they heard voices at night, steps, cries of pain, very strange and sinister noises . Then other tenants came and they also saw, listened and felt the same. The latter heard the crying of a child and fled fright.

Time passed and, given the impossibility of renting the place, they finally closed it. They say the witch never forgot and took revenge on everyone.

To this day, neighbors claim that  if you spend the night in front of the house, you can see the silhouette of a woman contrasting with the penumbra. Apparently, once a year, he shows up on the terrace of his house, setting himself on fire and   laughing out loud ...

The story dumped in a book

Students of CENS 3-482 Eduardo Pinto collected terror legends known in Villanueva through community testimonies and captured them in writing in the anthology of tales Terror in    Villanueva  .  With this project they participated in the Provincial Fair of  Science, Arts and School Technology , representing Guaymallén and classified the national body. The most prominent story was that of the woman from Casa Teurlay.