Home People Urban Legends An island that emerged from an unrequited love?

Isla Corazón, in Nahuel Huapi National Park, would have its origins in the tragic end of a couple. 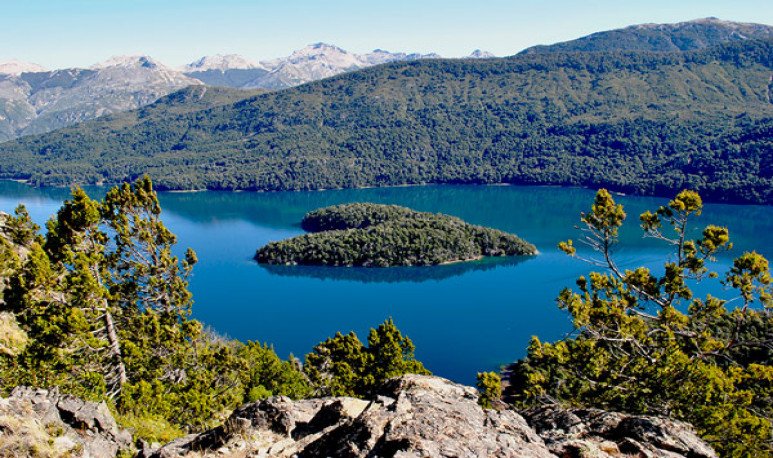 The Nahuel Huapi National Park has on its territory a portion of Río Negro and another of Neuquén , comprises on its coast the cities of Bariloche and Villa La Angostura , two very important tourist cities for both provinces and for activity at the national level. But inside this, we can find a place that, they say, was born by the master of two young people:  Heart Island .

It should be noted that  Nahuel Huapi is the first National Park in the country : although its origins date back almost more than a century, specifically 1903; its official creation is in 1934. It is one of the most varied, as it has Andean-Patagonian ecosystems: forests, steppe, high mountains, water basins and an enviable and visitable cultural heritage all over the world. So tourists can choose to do it as a relaxed destination, high and medium performance sports such as kayaking or  trekking . Everything is allowed, while taking care of the landscape and the cities and villas.

Isla Corazón is part of Lake Mascardi, where you can see  Cerro Tronador , which is the highest peak in the Park: 3491 meters above sea level and has seven glaciers. However, here we are to find out how and why an island in the middle of that arm is called Heart.

This small portion of land in the middle of crystal clear and turquoise water, is wrapped in a legend involving two enmity indigenous communities  and two young people, children of caciques, in love: one of each. They fall in love and decide to escape, understanding that this decision would not be well received: a sort of Romeo and Juliet from our lands, one could say, with a different but equally tragic ending.

Once they flee, their communities begin their search and subsequent capture: they wanted to be free and enjoy their mutual love; when they realized that there was no escape, they began to swim on Lake Mascardi, trying to get to the other shore. The arrows began to sink into the water but nevertheless, they reached them and the young, embraced, died in the lake. In this way, legend has it, emerged the heart-shaped island, Piuké Huapi.

But, despite this version, there are those who disagree with it, with more or less arguments. There are those who do not find a “coherent” answer to the name because the way is not seen: it should be noted that the island can be seen from different points, one of them is from the route that leads to Cerro Tronador; another, which already involves more physical effort, is from the Isla Corazón viewpoint, which is reached after a three-hour walk and another three hours back.

Another renames the island as Chalía, in homage to a girl named Rosalía who was born there many years ago. Clarisa Montenegro, orchard the Lof Wiritray, clear it out. National Parks places that name, although he clarifies that “it also has to do with love” because it is through a beautiful memory and declaration of love, as are births.

“We are very respectful of the story that our ancestors who lived in this place told us,” adds Clarisa. Julio Gallardo, Clarisa and Ester Treuque, Lucia and Ester Rauque, Victoriano, Juan Inalef and Cipriano Inalef were the relatives of that woman who was born on the island.”

Love, disagreements, name: everything leaves to the light of tourists and neighbors the magical and profoundly historical of the place for enjoyment with family, friends or as a couple, and at any season of the year: a lake that is at times turquoise, others with green and other bluish tones. A mental photograph at every step that is taken. Corazón Island is there, waiting for us to honor those who were born there or to understand that love does not understand enmities between families or tribes, it is simply love.