Needless to say that Venado Tuerto has one of the most striking names among all Argentine localities. I know the legend that surrounds its origin. 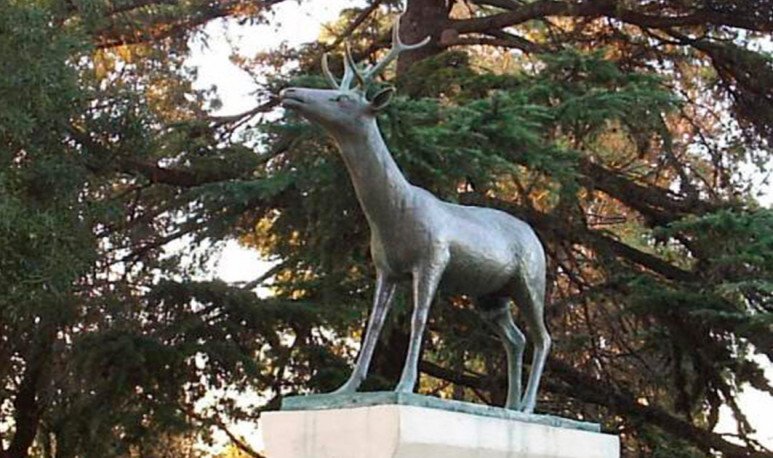 An animal warned  the inhabitants of a village when they had to prepare  to deal with the invaders who were stalking them  . The phrase looks like a comment on an action or  adventure film. But no. It is the origin of the name Venado Tuerto,  one of the main cities in southern Santa Fe .

They say that among the militias that made up the fortress that defended the area, and fulfilling their usual routes,  a soldier found a deer breeding  . The animal had a particular sign:  it lacked an eye  and obviously was sick. That  gaucho  climbed him on his horse and took him to the fort where he was healed and quickly replenished. Fortineros claimed, since then, that the deer had been wounded by some  malon . The  attack by indigenous groups was very frequent .

In complete freedom and without being disturbed, the deer spent peacefully the days in the immediate vicinity, enjoying fresh grass and good water.

The raids of the Indians followed, hitting the fort until, after one of those violent attacks,  the villagers repaired something curious : it agreed that, hours before the arrival of the malon, the one-eyed deer, unusually,  approached the door nervous. of the fort , sniffing the horizon.

Since that day,  every time the animal approached, it was an unequivocal sign of the  presence of the malon , allowing to prepare to repel the attack. In tribute to the services provided by the animal, it was decided to call the colony Venado Tuerto.

This  important city  in the south of Santa Fe is  worth visiting, due to  its vibrant industry and the beautiful wild environment that surrounds it, with the  El Hinojo lagoon  as the main attraction. But no one can deny that it is  his name that catches the most attention.

What else do we know about Venado Tuerto?

The founder of the city was Eduardo Casey, a son of Irish, bought a large extension of fields in the area in December 1880. On March 5, 1881, the Bullrich firm made the auction of the land and began a cattle colony. The village began to take shape. On April 26, 1884 Casey's proxy Celestino Rosas presented the plans to the Government of the Province. The date of this presentation is considered a foundation, although the Government approved the plans a few days later, and in 1890 the Central Argentino railway (later Mitre) inaugurated a station in the city. Venado Tuerto was declared a city on December 16, 1935

Venado Tuerto has an interesting proposal for rural tourism, which includes visits to important hotel hulls, hikes, horseback riding, photographic safaris, bird watching and the presentation of real gaucho shows. The hotel offer in stays is excellent and offers the possibility to enjoy the tasks typical of country life. This type of tourism is very sought after in recent times for its advantages. As these are not very popular areas for holiday activity, it offers the long-awaited peace and tranquility that many expect in their days of rest. For families with young children it is a great option, as they can enjoy the freedom and security of the countryside, with its large parks, memorable sunsets and Creole gastronomy, always to order.

So you know the reader, for the next holiday, just look for more information and choose to spend picnic days in the tranquility of this city.