Home People Urban Legends A UFO in the south of Santafesino

UFOs, that eternal legend of heaven, flew over Tuerto Deer. 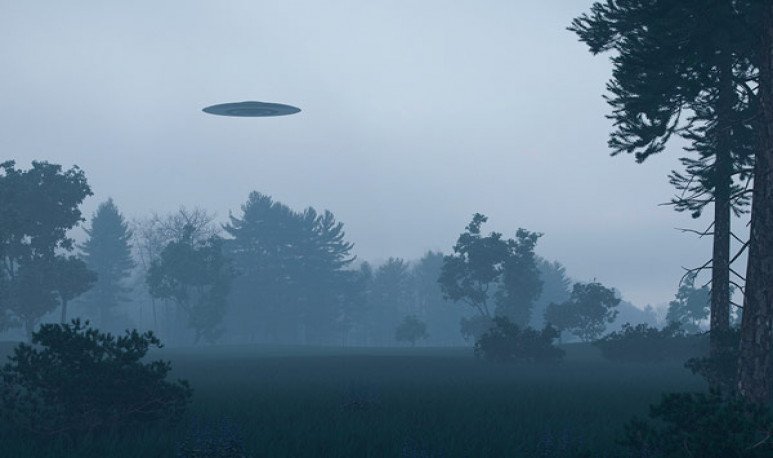 From Venado Tuerto we tell you several things about Ser Argentino. Already  its own name  is precisely the product of a legend. But we  needed that the southern provincial town has one of these stories, more modern . And he just came: UFOs appeared above the sky of the city.

It was a journalist and photojournalist who perpetuated the magnificent find. It was the end of the year, in 2011.  The photographer was in the amphitheatre of Plaza  Italia in Venado Tuerto. I was making time for a folk rock to start.To qualify the wait, the  boy decided to try his camera and took about five photographs of the moon , which appeared big and bright on the pine trees, in front of the Plaza.

In that December there was an eclipse, and the young man wanted to prove at what distance the moon was rising in his camera. He took those pictures and stayed waiting for the rock to start. Until that moment he didn't see anything strange in the pictures. But the thing  changed when he had to download the material  to be processed. When he arrived at his house, he downloaded the pictures, and among those five he had captured with his camera, there was a rare object . It was a kind of Greek Y, with luminous  pellets  hooked on its tips and in perspective.

All the people who saw that picture, including  fellow journalists and photographers, agreed to describe it as very rare . It is important to note that the photographer, at no time, noticed that object when he took the photos. His gaze was concentrated only on the moon. Nothing appeared to be more striking, in the sky, than the beautiful natural satellite of Earth orbit.

To turn to those who know

To get the intrigue about what he had photographed, this professional by the name Garnier went to the Internet. So, he was able to find  NASA 's Goddard Space Flight Center. There he sent the photographs for scientific assessment, although, for this, he previously had to fill out a form with his data.

From NASA  they replied that the image of the UFO “had been subjected to various filters, and that it had been determined to be original , authentic and that there were no tricks of any kind.” Blunt was the report the journalist received.As amplifying information, he was told that,  a year earlier, an almost identical image had been taken in Abrantes (Portugal) . And the incredible thing: it was the same time Garnier did the shots in Argentina. Amazing find, wherever you look at it.

There is no doubt that the NASA report explains that,  after digital analysis, they came to the conclusion that they were faced with a genuine photograph . Obviously, this is what the Yankees call a UFO. It is a UFO which, compared to several samples from the NASA database, shows an 80, 75 per cent similarity to that recorded on 13 December 2010 in the European country.

After Garnier's discovery,  several people appeared in Venado Tuerto with images that, they say, are from the same UFO . The town of southern Santafesino achieved it: its legends are no longer limited to its founding period. There is no longer only the story of the deer that warned that the indiada was coming, or  the tragic legend of the Melincué lagoon . Now, in Venado Tuerto there is a good legend from the end of the 20th century. UFOs fly over the sky of this town in Santa Fe.