Fiestas, luxuries, romance, paranormal episodes is all that brings together the legend of El Castillo del Castoral, a place located on the outskirts of Simoca. 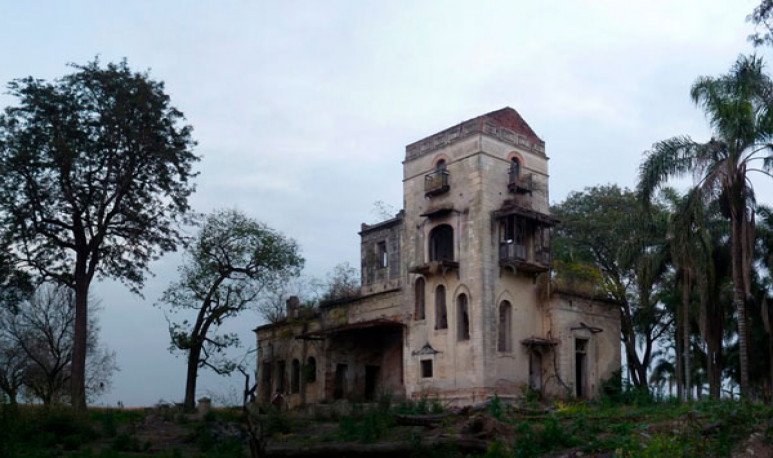 The Castle of Castoral  contains a past of  mysteries  and a love story. Located on the outskirts of  Simoca , on the banks of the Sali River, it was built by the German  Otto Ruckaeberle . Legend has it that  Inés Beruti , a very beautiful French woman, asked the German to build this property as proof of her love.

Once the  castle was built, parties were held in the place where luxuries were abundant, liquor, women and music prevailed; and their guests, together with the service staff, were foreigners. Around 1913 and without explanation from its owner, the site was abandoned.

The castle received that name because in that place the beaver was cultivated from whose seeds an industrial type oil was extracted, which German sold in Europe. Today, the site is in ruins and, since the closing of its doors, many  legends  have originated that contain mysteries, for example the legend of “light”. Locals claim that in the castle a light rises to a certain height and it goes to the cemetery, and then returns to the same place.

Another legend that is told on the outskirts of Simoca is that the lights in the white room of the Tucumán Government House belonged to the “El Castoral” Castle Festival Hall. The people who work in this headquarters, for example the guards guarding the Government House, say that at night steps are heard, but when they go to see if someone was left inside, perhaps still doing their jobs, they suddenly stop hearing those steps and absolutely nothing is observed. Security personnel can't explain what's going on in this place.

There is also a testimony of the castle keeper, Mr.  Zenón Juárez , who said that, in the winter season, staying in that place was for the brave. Why did he claim this? Because this serene claimed that, on his tours of the castle, he heard imposing steps and connected it with the soul of the owner of the castle who was walking on his property. When he listened to these slow steps, he rushed to where he felt them most closely, and when he finally approached, there was nothing. He shuddered, but then he went on with his labors. “One night a young foreigner came to us and asked us to let him spend the night in the house. We warned him that strange things were heard. I didn't know what happened to him that night, but it was very frightened at the door of the Castle,” Juarez said.

There are many of these kinds of legends, and one that is said with certainty, and related to the wealth possessed by Mr.  Otto Ruckaeberle,  is that the German had made a pact with the Family Dog. His success, a life of luxuries, a romance with one of the most coveted women for her brand-new beauty, and then the paranormal events that abound there, are all episodes that the locals until today associate him with this pact.

They are myths, legends, all caught in mystery, but there is a saying that we can associate with this story: “When the river sounds, stone brings”. Now it is up to you to believe or not, but the truth is that, in 1913,  El Castillo del Castoral  was abandoned and, to this day, there are no answers for that decision. It is also not known where this German went to live and whether he continued his romance with the French, whom everyone remembers as a beautiful lady.