A man turned into a mountain, punished by the Pachamama, who rests eternally at the foot of Tinogasta. Get to know the incredible story of the Sleeping Giant. 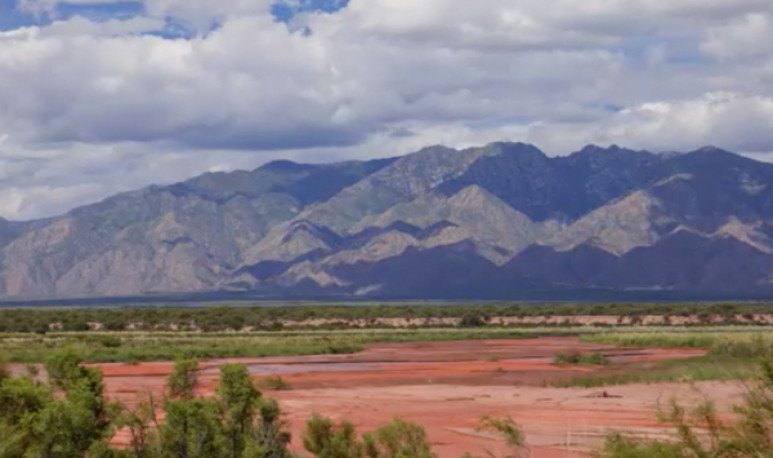 The province of  Catamarca  is one of the richest in  legends  and is  one of the most important cultural heritage in our country.    Tinogasta  was the inspiration for one of the most outstanding stories in the region. Several poets and writers have talked about the stone giant that rests in  vinateros land.

The inhabitants  say that, at those times, the diaguitas lived from trade with neighboring cities. The only form of subsistence was through the trafficking of corn, beans, corn, squash, potato and tissue. At that time, a giant inhabited the Catamarquean lands, but became a threat to the people. It is said that the man, of immense proportions,  cruelly punished the inhabitants by preventing them from passing through  to exchange products.

Ignoring the need and hunger of people, the giant did not give up his stubborn attitude leading to the destitution of the indigenous community. Desperate, the villagers came up with a way to end the tyranny of that oppressor. When winter came, they held a ceremony to ask the Pachamama to throw a punishment on the giant.  The deity heard the pleas and sent a storm that was intensified by the zonda wind.

The titan was shot down  and finally fell after fighting hard against drafts. But this was not all: the Pachamama left him deaf, mute, blind, and made him live in his own flesh the hunger to which he had subjected women, men and children. Tired of fighting the current, he dropped and was wrapped by the intense winter frosts that covered it.  Mother Earth granted her eternal sleep by turning it into stone.

Thus, that colossus would decorate the landscape of the Tinogasteña region in the beautiful province of Catamarca. Some native people are encouraged to point in the mountain formation where their head, their profile are located, there are those who can appreciate its wide forehead, nose and cheekbones. But the most notable is his silhouette that reaches Zapata, where his feet can be seen.

The  legend  of the sleeping giant is one of the greatest riches of the Catamarquean people.  He treasures the wisdom of the original peoples  and vindicates the tales of ancestors who inhabited those soils in times prior to colonization. The story tells the relationship between man and nature, his bond with the gods and the worldview of that time.This is an important  contribution to culture  to rescue the presence of  indigenous communities in Argentina.

Tinogasta, land of history and adventure

Tinagasta is located near Route 40 and is part of what is known as  La Ruta del Abode.  It is also the gateway to the very high Andean volcanoes of the  Los Siesmiles route.  The region was populated by indigenous groups who lived for more than 8000 years BC. Not only did the diaguites walked through the province of Catamarca, but also inhabited Sahujiles, Abaucans, Mayupucas, Meambalaos, Pituiles and Huatungastas.

Tinogasta offers an excellent  tourist variety , one of its attractions is to visit the sleeping giant. In addition, there are archaeological tours of pre-Hispanic villages such as the Batungata Site, where it dominated the Inca empire and was the scene of various indigenous clashes until the arrival of the Spaniards.

Let's reflect and think about the other

The roast is made with firewood!