In La Rioja there is a sad legend linked to a particular celebration of these lands. 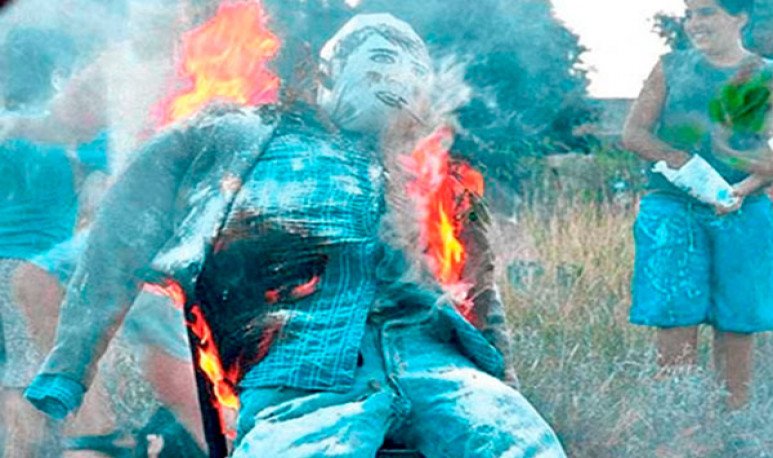 The province of La Rioja is a sea of  summit stories. Rich in tradition, it houses a sad legend of two young people in love. It is the story of La Chaya and Pujllay, which gives rise to the festival of “La Chaya”.

La Chaya was a beautiful, radiant young lady, who fell in love with the prince of the tribe. This young man was known as Pujllay. The boy was lively, rogue and, above all, too womanizer. No wonder he ignored the beautiful feelings that young Indian felt for him. Given this cruel act of ignorance, Chaya decided to travel to the mountain. There he went to shed his tears for him who did not value his  love . Her sorrows, her sadness, made the sweet young lady cry so much that she ended up turning into a cloud. From that day on, Chaya returns every year in mid-summer in the form of dew or a very fine rain. On her return she is always accompanied by the goddess of the moon called Quilla.

Pujllay, knowing of her cruel action and ignorance towards the feelings of the sweet young woman, decided to go to the mountain. She started her  search  relentless but failed to find her anywhere. Weeks, months passed, he didn't find the girl's whereabouts either in the hills or in the valleys. Repentant of his actions, crowded by his tiredness, he finally heard of the return of the Chaya to the tribe with the February moon. She immediately went to her reunion to ask her forgiveness, but, she was no longer the same. There were people celebrating the long-awaited harvest with joy and laughter. Pujllay, among the algarabia of the people continued with his search.

After spending a long time on some track that will lead him to the young woman, he ended up defeated without being able to achieve his task. Therefore, he chose to end his  life  by taking chicha in a crushing loneliness. In a state of drunkenness, death came to him that ended his days of endless search and great regret. This regrettable act, is said, repeated every year in mid-February, when Pujllay in a cold sadness dies drunk in alcohol.

The feast of la Chaya

The characters that make up the legend contain in their being a profound meaning in their names. In this way, Chaya means in quichua “water”, is an ancestral symbol of waiting for clouds and the search for water, something vital and much needed in the lands of La Rioja. On the other hand, Pujllay in quichua is “play” and “rejoice”, is also the one who lives for the carnivals for three days, and then be buried until next year.

The feast of “La Chaya” is held every year from February 1st to 28th of the same month. Social barriers classes, ages or genders disappear. No one is alien to the celebration. It is an ancestral festival that lives the village and invites all those who want to live in happiness, harmony. Everyone who attends is completely bathed in water and flour. In each of the houses are the pots with sprigs of basil, which are scattered those days of the celebration. Every year countless followers join this unique festival where those who attend dance, gather, share and celebrate.

La Chaya and Pujllay will always be remembered thanks to the significance made at this annual holiday. Instead of pain and sadness, it is celebrated surrounded by endless joy. This melancholy story, a true Argentine legend, is told from generation to generation by the Riojans, remembering how both young people suffered differently.