In General Conesa, the figure of a priest who has no head is one of the great popular myths. 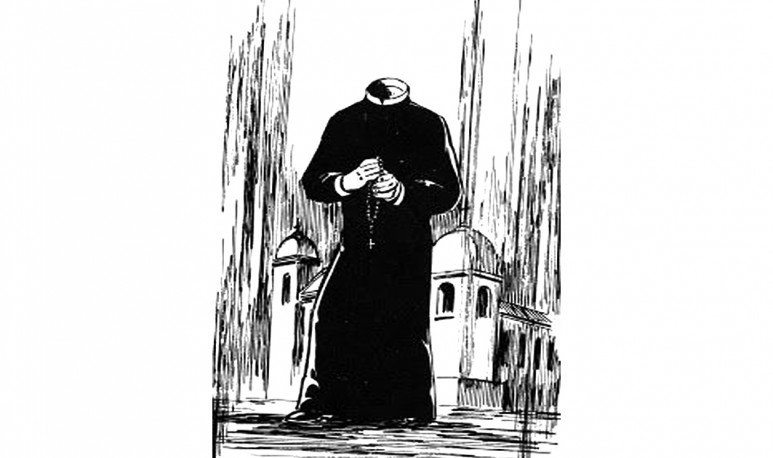 General Conesa , in the province of Río Negro is a beautiful town, but something dark is part of the idiosioncracy of the village, since there are not a few neighbors and visitors who claim to have seen on its streets the figure of a priest without head.

No one knows for sure where it came from, whether it is a priest who suffered some kind of tragedy in that locality, whether it is a spirit that simply adopted the city of  Rionegrina  as its own, or what. But the stories are shaking and assure that the appearance of his figure has led to madness at least one person.

“The priest was seen by different people,” says a neighbor of General Conesa, who clarifies that this is not a story that occurred to a person, told it and from there the rumor ran, but would have date and place of the first appearance and witnesses who would have seen pass to the religious dressed in the cassock, accompanied by dogs... but without a head.

The point of origin of this horror story in the Patagonian town would be the Negro Muerto estancia  - was that name the rural establishment going to have? -, located between General Conesa and Choele Choel.

There, a man who provided his services for the owners of the camp was the first to declare that he saw the figure of the priest. Everything seemed to indicate, at first, that it was a joke, a bad trip for alcohol consumption - as happened to the Texan who claimed to have seen a  plesiosaur in Chubut - or simply a bad outlook that did not let him see the head of the man in question.

However, the thing became serious when a seller of regional products who was not from the city, and walked past General Conesa for commercial purposes, and who did not have any kind of knowledge about that urban myth, saw the same thing: the man with the cassock, the dogs accompanying him and the lack of meat and blood by on top of his alzacuello.

One man who spent his last years in a local nursing home, was another man who gave his confirmation about the exstence of this phenomenon: he and his cousin worked nothing less than in the Negro Muerto estancia. There, they say, the establishment's pawn saw coming out of a shearing shed.

At first he did not believe, but when he saw a dog barking frightened by what he was watching, and noticing the clergyman's cassock, he cleared his doubts.

They tell in General Conesa, that the priest was also customary to do a r ecorrido by a row of 20 houses located at a point in the city . There, always with the company of the dogs, he was going through one by one, until he reached the last, and disappeared.

That story came to a bully who, skeptical of what he heard, called others fearful and assured that most likely some joker was trying to frighten the neighbors.  Then he did something that changed his life: he settled in the last little house, the same one he came to before he disappeared, to prove to others that it was a deception.

Since witches don't exist, but there are, there are, the boy had a faca and a shotgun, to be sure nothing would happen to him. Well, strictly of the truth, physically nothing happened to him, as they say, but his mind wasn't the same again. First, the barking of the dogs was heard, which did not alert the bully.

The first sign that something was wrong was when the doors and windows of the house suddenly opened, as if a wind had simultaneously pushed each of the openings in the apartment.   The fear began to invade him but he wanted to prove his courage and asked the humorous to make himself present, while he grabbed the shotgun.

He wasn't a funny... he was the headless priest accompanied by his faithful dogs.   The unbeliever began to shoot everywhere without aiming.  They say that after that episode, the guy went completely crazy, “got upset,” they say, and did not question the existence of the popular myth again.

Maybe that was the last time someone saw the priest, maybe not. The truth is that, in doubt, no one is encouraged to question its existence.