The legend of mutisia tells how a forbidden love and a death sentence gave rise to this flower with orange petals. 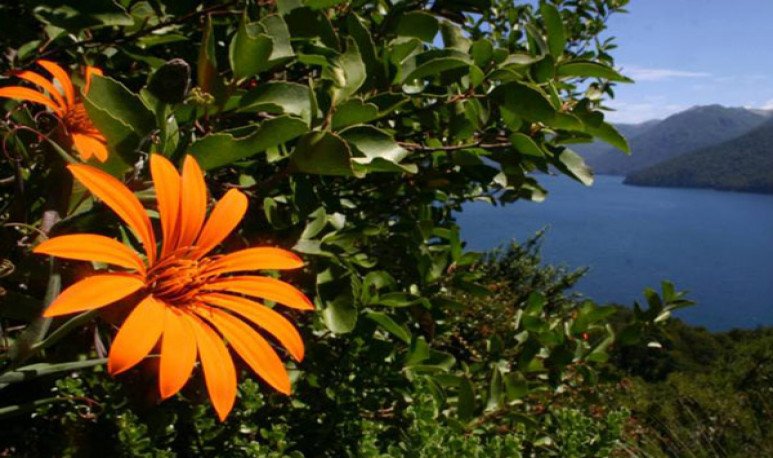 The unrequited love between two young people from two tribes whose relationship was already irreconcilable gave rise to a beautiful flower of orange petals that, with its brightness, combines with the green landscape of the   Patagonian provinces  :  mutisia .

The story goes back well in time, when the white man had not yet arrived in these lands and the original communities had disputes with each other that resulted in violent clashes.

Somewhere in the C  Ordillera  of  Los Andes   , two tribes enemy Mapuches   had a lot of grudge for each other.But  the son of the chief of one of them and the daughter of the leader of the antagonistic tribe did not understand this . Despite the clashes and struggles that seemed to never end, they fell in love with each other, leaving aside the hatred between their parents. While the warriors fought, they managed to find themselves in secret, as the deep rivalry left no room for them to be seen in everyone's sight.

However, everything changed one night.  On that occasion, an old machi was frightened to hear  the squawk of a chimango  that broke with the tranquility of the mountain range. She was frightened because, when the bird made its sound, it was a bad omen. Faced with this, the sorceress looked around and heard a noise that led her to investigate what it was about: great was her surprise when she saw the chieftain's daughter secretly fleeing with the enemy's son, so she felt that that was what the chimango meant.

Taking the action of the young woman as a  betrayal , he considered that she should be severely punished, but before giving notice to the chief decided to consult a deity of his devotion if it was right to accuse her.This coincided with her, so the machi quickly went to warn the leader of the tribe. It was at that time that the chimango again emitted a squawk, foreshadowing more terrible events for that night.

Filled with anger at the escape of the girl with the son of the chieftain of the antagonistic tribe,  the  chieftain  ordered his search to receive his deserved punishment , as he did not share the hatred by the enemy was considered a very serious crime. Thus, after a hard pursuit, the warriors captured the lovers who, in the presence of the entire tribe, were tried and sentenced to death.

With the sentence already confirmed, the chimango aired a third squawk trying to interrupt the confinement of the sentence, but, unlike the previous two occasions, this time no one heard him.

The girl and the young man were tied to a post , together: their execution was carried out by the whole community, who with spears and machetes gave a cruel death to lovers.

The next morning, after the conviction, capital was the surprise of the tribe. Why? For in the same place where the sons of the  chieftains had been given the cruel execution, flowers had been born which they had never seen until that day: spear-shaped green leaves and large orange circular flowers.

“Quiñilhue!”, exclaimed the first Mapuche who came to see them. Since that day, the flower that produces a vine has been known by that name and emulates the embrace of the two massacred young men.

With great shame and regret, the tribe, in addition to admiring the beauty of this new flower, began to venerate it, calling it quiñilhue, the name that the first to see it shouted, but years later it was called mutisia by the white man.

This is how,  with the protection of the elder father  - Futa Chao, as the mapuches call the creator -  the souls of lovers will love each other forever  . 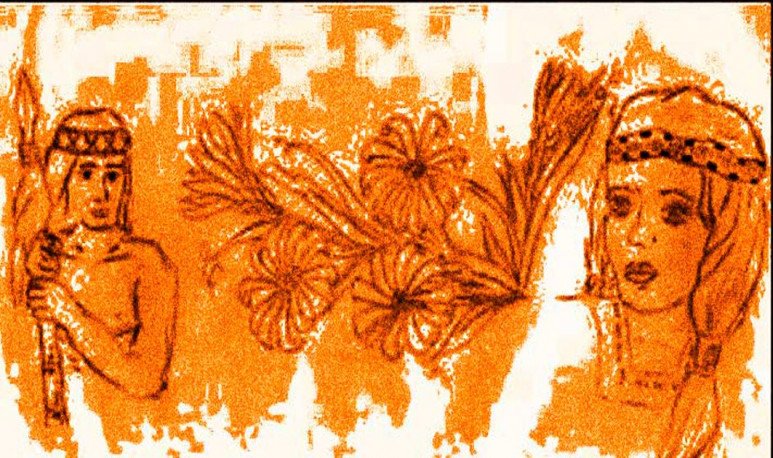