Home People Urban Legends A cynocephalus in the hallway

A story of ancient rituals and fantastic beasts. Everything took place in a neighborhood house. A man standing in the hallway wanted to be an executioner. 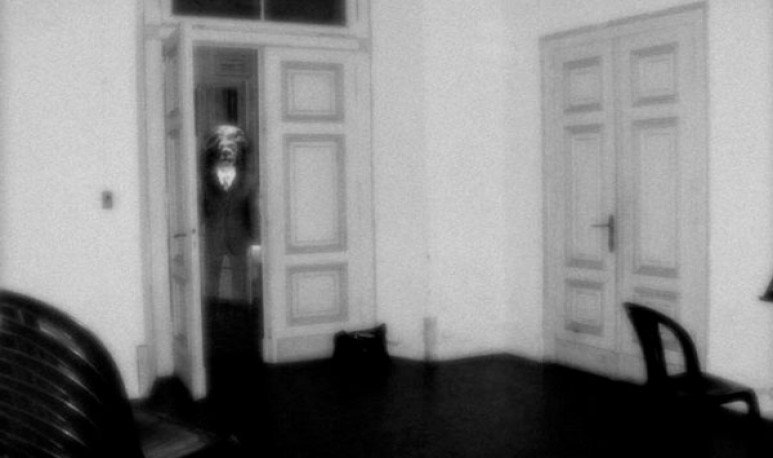 The story transcended in Mendoza as  an anecdote that a young teenager told his group of friends in a typical one coupled with pizzas and   beers  in between. But the stories of mischief, love, and sports feats were replaced by the most chilling life story none of the young people who were there that night ever heard. To this day, passing through the corridor of their houses, they try to look the other way.

It all started when  the mother  who tells the story (wanted to reserve her name) left the house where the family lived, after she separated from her father.  He settled in a typical neighborhood house, in the department of   Guaymallén . Her children, with the protagonist of the story among them, visited her on weekends.

One Friday, they finished dinner and went to sleep.  With only one extra bed and an armchair, the two children took turns sleeping in one place or the other.  That night, our rapporteur was the one who slept on the couch. In a room that had exit to the kitchen and towards the corridor that led to the rooms.

A strange man in the hallway

He managed to fall asleep quickly. However,  at 3 in the morning he woke up , suddenly. Something that never happened to him. I always slept on the run until the other morning. But this time he woke up and had a strange feeling. I was kind of stunned. He quickly came to his senses and warned that his untimely awakening had been aroused  by a strange noise coming from the kitchen . Like a long nail hand tearing the wall. He found himself in a desperate situation. He couldn't stay and try to fall asleep again, like nothing. Then he chose to take courage and go see what had produced that noise.

But passing through the hallway, which was dark, he could not help but look into the background.  There, in the penumbra, among the low light that entered from the street, he could see the silhouette of a man who became clear a little more and more . The silhouette gave way to a man in a suit, tall, but with a detail. His head wasn't normal. It was elongated and shaped like a  dog's head.

Before you stop reading the article, considering it fanciful, it is important that you understand what a man with a dog head means. It has to do with  ancient rituals practiced by some native peoples of Mendoza. When a person died, they chose a living animal to get inside the tomb and get that animal's soul into the deceased person, reviving it. Supposedly, the person woke up to a part of his body changed for that of the animal. The only goal of her resurrection was to obtain forgiveness for her evil deeds from the people who had not seen her before they died.

The young protagonist went to the kitchen. He found four parallel marks on the wall, confirming that, obviously, it was nails that had generated the noise that had aroused him. He took a glass of water and returned to the armchair, without noticing the presence of the cynocephalus in the hallway.

The next day, he told  his mother everything he lived. She confessed to her that she knew about the presence of that beast since she had arrived at the house, but she had not encouraged to do anything. But now that your son had lived it, they both decided to do something.

They consulted witches and sorceresses in the area. They were instructed in white magic.  They got candles, crosses, rosaries, vinegar and other typical elements of sorcery.  Night came, the cynocephalus was present. But they were waiting for him sitting on the lounge chair. They closed their eyes and began to pray. A cold air invaded the room. The curtains began to move. The drawers in the kitchen opened themselves and the doors were knocked. The candles went out. The breathing of a dog felt increasingly strong and closer. The weather came to the maximum.

From one moment to the next, calm won the terror. Everything stood still. The candles were lit.They opened their eyes. There was nothing in front of it.  They had beaten him. Everything went back to normal.

While, a few days later, chatting with a  neighbor , the young man's mother found out that in that house where she had moved, a man had died. who used to dress very elegant and who lived with a dog. Both, from one day to the next, stopped seeing around the neighborhood. Nobody asked too much because the man wasn't very sociable. That explained everything.