A castle with legend that is for sale

In Gualeguaychú, on Libertad Island, there is a castle for sale. But, like every castle, it comes with legend. We tell you about it. 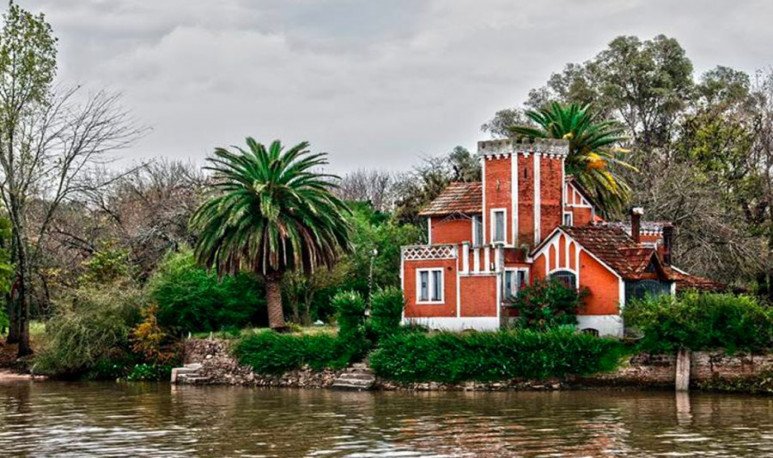 In Entre Ríos, in the city of  Gualeguaychú , on an island called Libertad, there is a castle. It is not one of those monstrous Scottish stone constructions, but a modest but picturesque castle. There is no moat, drawbridge or prisoner tower, but it  has something that powerfully catches our attention . Maybe it's that terracotta color or the stairs mysteriously descending into the  river . 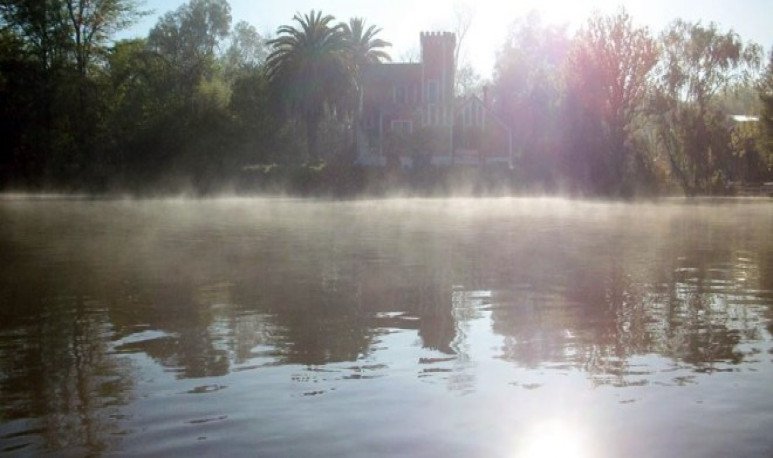 This castle, declared Cultural Heritage of the city, is today a must-see postcard of  Gualeguaychú . If you are a tourist who walks through the city entrerriana, someone will direct you to this small fortress. And, believe it or not, this unmatched property is for sale.  Do you want to know their price?   According to its real estate operator, the quote is 160 thousand dollars. But don't hurry to buy it! Because this castle comes with  legend . Who knows, maybe if you get to know her, they'll get a good discount for her.

Don't tell me... someone died.

The legend of the castle of Libertad Island comes with legend. And yes, someone died.  This mixture of  medieval castle  and dollhouse was owned by a young lady named Maria Eloisa D'Elia . To build it, the materials were transported in boats that were loaded on a stone staircase in the old port. Witnesses say it was already a postcard at that time. We're talking about the 1930s.

Eloisa lives in the castle with her husband and her two children. And here things start to get weird. One of the children suffers from hydrocephalus and dies at the age of 14. However, in this matter there is no  mystery .  The legend is born from another death, that of Blanca Sosa, the domestic maid of the castle . At that time, police investigations were rudimentary, so the causes of his death were never clarified.

No certainties, but with closed case

The story tells that it was a death with traces of violence: apparently it was slaughtered, blood was sprinkled all over the room. Such a scene is incompatible with that of suicide, but other details that could not be clarified gave the case closed without finding it responsible.

The truth is that, from the suicide or murder of the maid, the home of the D'Elias did not become the same again. The general myth speaks that when someone dies ahead of time, or violently at some point it goes against fate. It's as if I've challenged it, it's making a decision for which it is not enabled. The questions of life and death exceed humans, they say. That is why the souls of those people would be left in limbo, out of the plane of matter, but not able to pass the portal to whatever comes next.

The truth is that, from the suicide or murder of the maid, the home of the D'Elias did not become the same again.

As in every legend, people began to see weird things. In this case,  the  soul  in pain of Blanca Sosa  go and come through the same corridors that saw her die. This event, coupled with the 1959 flood and the subsequent death of the Eloisa, led to the definitive abandonment of the property.

Legends about ghosts, apparitions, strange noises, grief souls wandering between heaven and earth are very popular all over the world. There are those who prefer to think that they are advertising strategies in some cases, talk in others. The truth is that many believe in all the stories of this style and respect such wandering souls. They ensure that it is not convenient to disturb them. The most daring seek to speak to them, find answers through these beings out of time and space. Which group do you belong to?

In Rio Tercero, the first was born