Home People The worst thing about us Yiya Murano, “the poisoner of Monserrat”

Yiya Murano is undoubtedly the most famous serial killer in our country. I know details of this case that came to Mirtha Legrand's table. 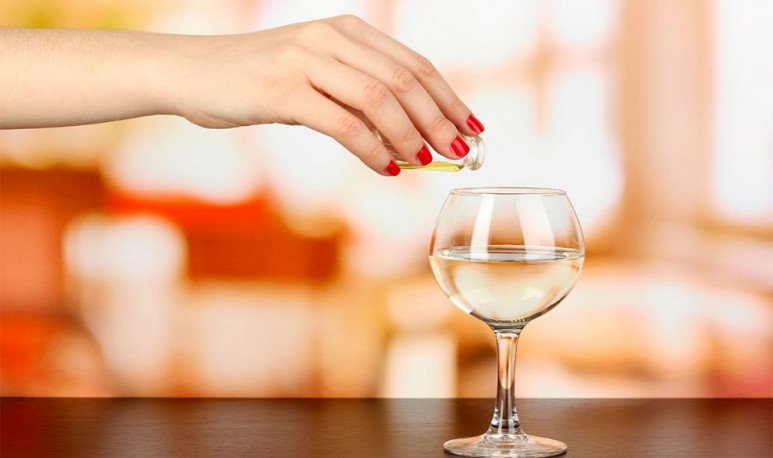 If I say “Maria de las Mercedes Bolla Aponte de Murano,” you might not know who I'm talking about. But if I say “Yiya Murano” there's no doubt left. We're talking about the most famous serial killer in our country, who holds the record of being the first woman in Argentina this kind of murders: serials.

Also known as “the poisoner of  Monserrat ,” she was imprisoned for 16 years for having been found guilty of three murders. Although he showed himself as a very cultivated and good economic person, the reality is that he had no formal education and was constantly bankruptcy for buying jewelry and clothing with money he didn't have.

Yiya was born in Corrientes in 1930 into a humble family, her mother was a housewife and her father Lieutenant Colonel of the Army. She never suffered money startling and although her family was bankrupt, she always liked to live above her chances and to appear an economic position that she did not have.

When the Aponte moved to Buenos Aires, Yiya was amazed at the city. Soon he met the lawyer Antonio Murano, who after the marriage asked him not to work and stay at the house. She accepted delighted.

In March 1979, Carmen Zulema del Giorgio Venturini (Murano's cousin) died in a somewhat strange way. The doctors diagnosed him with cardiac arrest, but something didn't close. The building's doorman told the police that while Venturini was still dying, Murano had come to visit her and, finding her so, asked the worker for a copy of the apartment key to search for the address book to warn the relatives. Checking the house, Venturini's daughters detected that there were missing promissory notes for enough money, which his mother had lent to Murano to do a financial business.

At the request of the police, a new autopsy was performed. The experts detected  cyanide . Checking the case, they found the doorman's statements. It did not take long to realize that it was not yet a month after the death of Nilda Gamba, a neighbor of Murano. Something began to get dark when they found that Leila Formisano, another  friend  of Murano, had also died in the last few days. They asked to exhume the bodies for a new autopsy. In all cases they found cyanide, another similarity among the victims was that Murano owed them a fairly large sum of money. At the time of death they were claiming her friend to pay off the debts of that business I promised them and was nothing but a scam.

Yiya did not acknowledge receipt, or yes, invited them to drink tea with masitas and accompanied them until the last sigh. They say it was the one who was most compounded and the wake, the one who cried the most. When conviction came, they were all perplexed by the coldness of the woman who mourned her victims with more emphasis than her bereaved.

In April 79, Murano was arrested by police at his home on Mexico Street. The evidence was blunt, she had been the one who executed all three women. He was reduced for good behavior and was released from prison after 10 years. It became known, as irony of fate, that in a sign of gratitude he sent chocolates to the judges who intervened in his case. It is not known if anyone tried them. His whole life insisted on his innocence.

Once he was out of jail, he returned home not once, but twice. The first time she married a poor man who didn't know she was the famous poisoner, found out when Murano went to eat Mirtha's and laughing confessed to her that he had a new love. The lunches diva also gave him masitas, repeating the comedy step he had already had with the judges of the case. Legrand didn't touch the gift “not like because they get fat,” he said nervous.

The second time, Yiya married an 82-year-old blind old man. She began to get along badly with her daughter who reported her in 2008. According to the testimony of the young woman, she wanted to poison her with a plate of noodles with butter. It could never be checked. He died in April 2014 in a geriatrician without even remembering who he was.

How much do you know about the “End of the World Prison”?