How should we make young people aware of the current situation? Some Santaffesinos don't learn anymore. 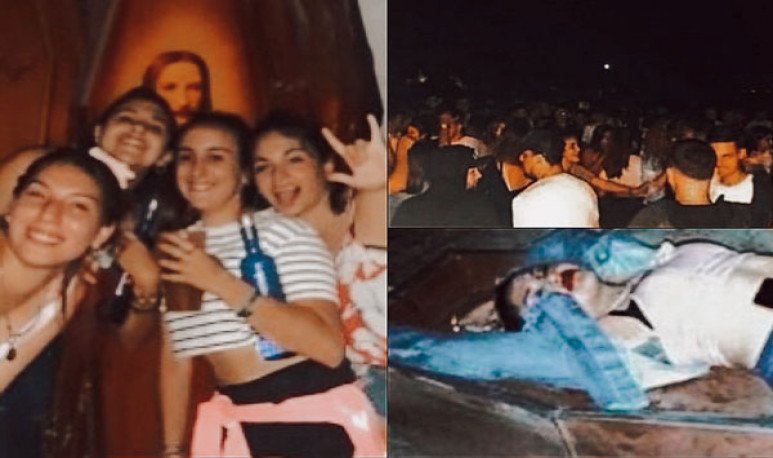 Santa Fe has long become, together with Buenos Aires,  the epicenter of coronavirus infections.  Those exemplary numbers left in the provincial capital, when  we thanked Our Lady  for the number of days without infections detected. In this context, indignant news appears every time. Unfortunately, many of them involve an  age group that we so often stand out in Ser Argentino for solidarity . We talk about young people who systematically give the note in violation of protocols, when they decide to hold mass meetings.

The outrage had been public when, already a couple of months ago, there was a big party on a quiet beach in Chaco Chico, jurisdiction of  Monte Vera . Now, in the same weekend, two small towns in Santa Fe were news for unhappy reasons. These were  two clandestine encounters disabled by the police.  One in Armstrong, the other in Las Rosas.

In the first case, a large party had been sent in the extension of national route No. 178. The fact, which perhaps the boys thought was nice, is  that the meeting was in the immediate vicinity of the municipal cemetery . On the side, there is an old route that is no longer used. There was a great call for young people and not so young. For this reason, the police came to the site after a 911 call warned about the presence of a large number of cars parked near the necropolis.

The police just went to defuse the party,  there were no arrests and they didn't want to create any kind of greater risk in the escape of these people . The truth is that a disaster could have happened if young people who had been drunk had fled at full speed during the early hours.

A quiet and ashamed village

As often happens in these cases, images of the mass call and intervention of the security forces were viralized on social networks. After the event, authorities in the town of Santafesina said that  the municipality plans to strengthen controls.  They also insisted on calling for citizen  commitment  and individual responsibility due to the peak of cases of coronavirus that plagues the region.

The other illegal encounter took place in the town of Las Rosas . Although there was a smaller group,  the morbidity of the images that were viralized in networks marked the particularity of the case . In this case, some teenagers had no better idea than to meet in a factory and coffin depot. This is also on Route 178, where the other party happened. Allegedly alcoholized, the images circulated show  a group of women who took the opportunity to photograph themselves and “play” with coffins . After receiving the complaint, the police went to the place to defuse the clandestine encounter. There were also no detainees.

The neighbors of the serena Las Rosas assure that this is what has been happening for several weekends. Apparently, the police don't cope with this kind of party. On top of that, in places this small, the protagonists are boys whom everyone knows.  Surely they study, work, and today they must be sorry . This one-time case became viralized because they unified the fact with Armstrong. But this was in Las Rosas and the police worked out a performance for disobedience to the presidential decree. The truth is that such a piola village was ashamed by the national reach of  these “youth revivals”.

I hope the next story of young Saints that we share with you is not like this one, but the ones  that make you proud.