Home People The worst thing about us Vaccination: justifications, excuses and other sarasas

A VIP scandal is, but unfortunately an evil of Argentines in general, without distinction of politics. 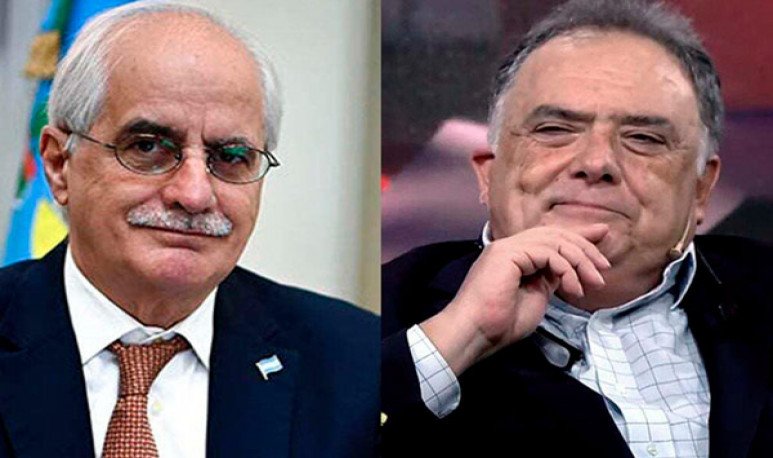 After the Friday earthquake, which ended with the resignation with kick in the c... of the ineffable Ginés González and the silent but hurry swear of the Vizzoti in Olivos,  they had to arrive the discargos .

First Alberto, still scorched by the operetta of the King of Services that cost him his star minister, with the fact that “with the vaccine is not screwed”, although what was already screwed up to us all. One day the others involved were taken, until we get to know the full list of privileged officials and friends with K rights who were creditors to the magical injection. Yesterday, these two unpresentable parasites appeared, senator ultra K Jorge Taiana and deputy ultra K and friend of Pope K, Eduardo Valdes, who presented a joint letter, taken by the hand, to tell us that as they traveled to Mexico, they gave it because of age and pre-existing diseases, poor. Who are strategic personnel and belong to a priority category, and who did so always advised by the highest health authorities of the Nation, total Ginés is already at home to deny it.

And there are more

Before Carozo and Narizota, but much dirtier, the guild model K Hugo Moyano jumped to try to explain why he, his wife and his 20-year-old baby were also inoculated. He presides over two social works, and listen, his wife and child, both work in the Antarctica Sanatorium, his property, and that, listen to this other, that the departure was given by the City Government, which  he repeated three times in the audio  pointing, as we are, to dirty Larreta. What he didn't count is how many doses were and if your employees have already been vaccinated, who are  real risk personnel , you see?

He also gave his reasons the rajado minister, who rehearsed his letter of apology, where in addition to hinting that his secretary is a pelotuda, ended up with a very long speech explaining that  the source of all evils is neoliberalism  and that he is innocent because he is too innocent.
This morning did the same as the dog buchón, saying that that ugly image of service that engulfed him, sinister spy and delator was built by the media, and that is not consistent with how good he is, so integrity and idealistic, that a mistake has anyone, and that people are bad and comments.

Anyway, what can be added to something so common in Kirchnerism. They never take responsibility for anything, so they catch them all together by putting their hands into the mass, throwing bags to convents, or putting their arm in the basements of the Ministry of Health so  that they vaccinate them before those who expose their lives daily to save that of covid patients . Of course, they are very quick and witty to look for whom to blame, Verbitsky who was on a bad day, the hegemonic media, the agrolivestock oligarchy, international Zionism, the heteropatriarchy or the staff of the Posadas Hospital who vaccinated them, which is very pimp and went to tell him All to Clarín, the resentful.

The fault at the bottom is ours . We do not understand how important friendship, loyalty and codes is to Kirchnerism. If there is a crime, no one has to know, and whoever talks or goes home or shows up with a bullet in the bathroom. But if you get to uncover, we get the boludos and we blame the Big Bonnet.