Home People The worst thing about us A regrettable day

What happened in the Senator Chamber is an archetype of the Argentine trout. 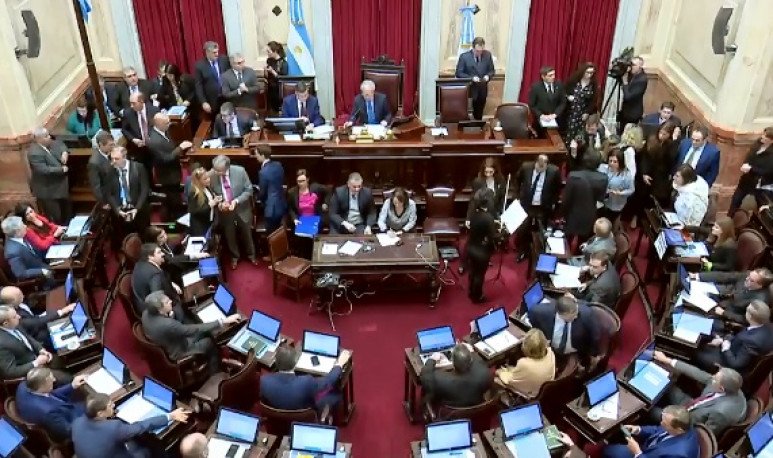 With the editor of Ser Argentino, whom I take the opportunity to thank him for the call to write these notes that give me so much pleasure, internally we call “trochadas” a section of which I have to carry forward. Basically it is about detecting those unfortunate customs that sometimes we Argentines have, and that some fly as the flag of  “vividness” : that advantagism that sometimes we show, that sell cat by hare that has done so badly to us. Indeed, the word “trout” already says everything, no other Spanish-speaking country uses it and when I had to explain its meaning it cost me a lot.

I think what happened in the Senate House is an almost archetypal example of this kind of attitudes. I am not going to refer to the result of the vote (although I do take my position because I think this is a time when warmth no longer takes place: I am in favour of voluntary termination of pregnancy, legal 40 years ago in most 'advanced' countries with which we like to compare); he said, I am not going to refer to the outcome but the way in which the debate took place.

For work reasons I had the honour to participate in several of the committee meetings in which specialists from various fields (basically legal and health) had the opportunity to give small presentations in which they presented scientific evidence, statistical data and jurisprudence international. These meetings are supposed to ensure that senators (responsible for legislating for the common good) have the greatest amount of information available when voting.

Most of the arguments (sanitary, economic and legal) given by some of the senators who decided that we continue to have a 1921 law were at the time refuted by these specialists.At the time of arguing their negative vote, these same senators gave them as if the experts' opinion was not existed. That is, they decided not to use the information that was at their disposal for the sake of holding a position whose raison d'être is, in most cases, dogmatic.

Nothing very different from what happened before in the  Chamber of Deputies , where some dissertations were heard that seemed to be drawn from a fiction. Like the one who (taking from reference very dubious sources) spoke long and lengthy about fetus trafficking carried out in clinics in countries where abortion is legal. There were no shortage of regrettable zoological comparisons where a pregnant dog was placed at the same height as a pregnant woman and claimed that there is a greater awareness of the rights of the fetus in the animal kingdom. There were deputies who even dared to say that if the  passage of the law  progressed they would call for the creation of a fetus cemetery so that the innocent could rest in peace.

But going back to the senate, some, have to say, gave arguments very aligned with the role they play and the responsibility that entails their role. Many worried about the subject thoroughly, listened to the doctors who presented their papers at commission meetings, soaked in the problem of clandestine abortions.

These senators made it clear that the others, those who voted against, in most cases put forward arguments that scratched ignorance. The anti-abortion speeches covered a broad spectrum ranging from alleged instituctionalities and violations to national treaties (which were denied and analyzed by law experts), to religious arguments or unsupported peroratas about “what would be of us if they had decided to abort us.”

Perhaps I am willing to accept  ignorance  in senators, but not the decision to ignore specialists. Because that, dear reader, is a bark.