They put a price on the ravines of Paraná

Long ago it became known that a recognized real estate agency in Paraná (Entre Ríos) advertised the sale of lots located in a recognized green space. 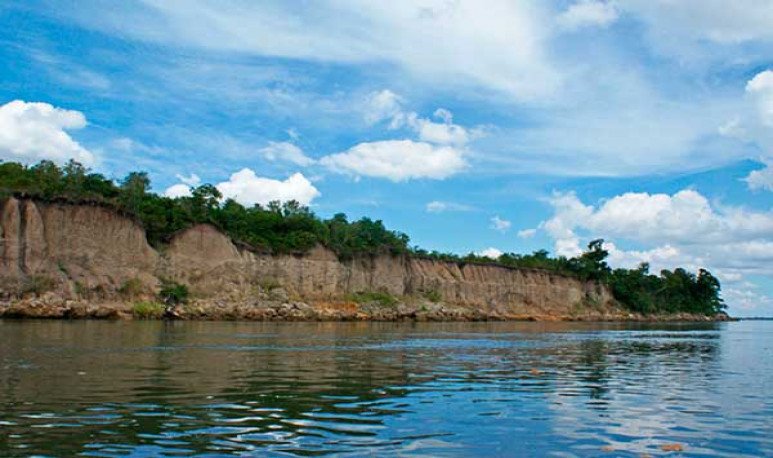 The children's playground  Duckling Sirirí is surrounded by  viewpoints where it is analyzed. At its side, between Alberti and De La Torre and Vera streets, there is a particular  place  of recreation that  is in danger  . Alarms went off when a local real estate business company uploaded videos to social media promoting the lotment. With some hashtags and an interesting edition, they took care of showing their extension and attractiveness. However, the latter was not necessary, because that place was able to become a busy  walk  precisely because of its  beauty . Once again,  Paraná  had to go out with the pointed plugs in defense of  nature .

The land has  5,700 and 3,414  square meters respectively. A more than interesting area that thousands of  natives  attend to enjoy the  sunsets . There, parents can be seen riding barrels with their children and the immaculately cut grass. In addition, on weekend nights cars and motorcycles with loud music are installed. The residents of Puerto Nuevo also use it to cut a course for schools in the area. The same applies to the public institutions or the centre of the capital of Entrerriana that remain in transit.

The truth is that  this property  is  private  . This was lent in comfort by its owners to the Municipality of Paraná for public use in exchange for recognition of fees. The owners are two city real estate entrepreneurs who own their title since the 1990s. It is a  business  approved and authorized by ordinance since  1997  by the Council of Deliberation. However, a project for  expropriation  was presented a few years ago, which was unsuccessful. The aim was  to preserve  the parking of a valuable  heritage  .

Urgent measures to curb the sale

The  concern  of the citizenry was considered by the council block by the government. In this way, they met with the head of the  Honourable Deliberating Council, Andrea Zoff, to advance the elaboration of a proposal. According to an official statement, the regulation would address three central aspects in order to address the problem in a favourable manner.

First, it is proposed to clarify the  ownership  and  dominance  of the land in front of Duckling Sirirí and the entire area as a whole. Secondly, it orders the  suspension  of any administrative procedure relating to the exploitation of space for a minimum period of  180 days  . Thirdly, it provides for the  establishment  of a  comprehensive evaluation committee  . The latter would be composed of councilors from all political forces and specialists from technical areas of the Municipality. Also, by agencies involved in the subject.

In this regard, the authorities stated that the  objectives  of the  ordinance  are to study alternatives regarding the destination and use of the land. They consider it necessary because it represents a  significant place  for the social and recreational life of Paranaenses. Likewise, for the urban and environmental  history  of the city.

While bureaucratic times do their thing, the  warning  radar of assemblies and socio-environmental organizations in the region resonates strongly. In various periods of Paraná, land was often ceded by landowners for citizenship to enjoy. It is clear that times have changed and that the  future  of these ravines depends on how much they are  defended  . That's why they've set up  self-managed campaigns ,  local media started talking and  people  claim . It is one more volume of attempts to  privatize  the landscape, but we follow it in another chapter.

Florencio Escardó: a visionary of pediatrics