A group of people committed a horrible crime against nature... and filmed. 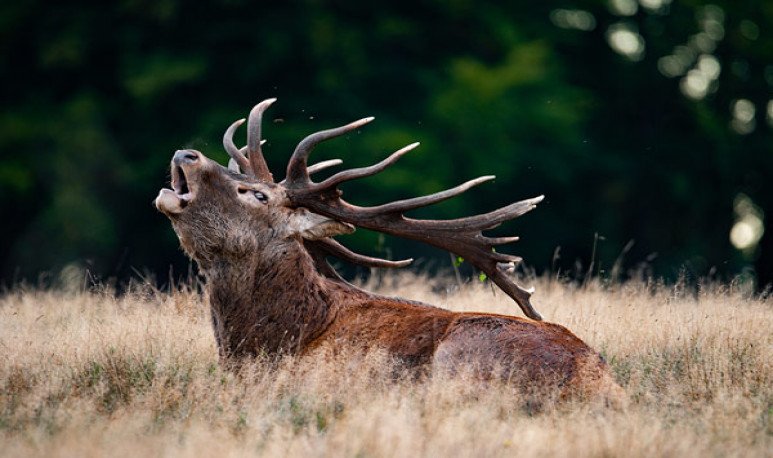 Common deer or red deer is a large deer, ranging from 160 to 250 centimeters in length and a weight in males up to 200 kilos. Originally from Europe, in Argentina  this deer was introduced as an exotic species by Pedro Luro in 1906  and in the province of La Pampa, for hunting. Since then  they were reproduced and spread in the wild.   At the same time, hatcheries were developed in the different provinces, incorporating the concept of productive activity for the use of products and by-products, developing the activity as a livestock species.

The beauty and exoticism of the deer make this a  pleasant trophy when hunting . However, there are  people who cruelly kill these animals , simply showing themselves jocosos or superior. On 16 February,  in the province of  Neuquén  , two young people and one adult committed a  deplorable act : on the catwalk over the river Catan Lil,  They cornered a  deer with dogs, bonded him and proceeded to stab him until he was killed.   In addition, the same aggressors decided to shoot and post the video on Facebook.

The three persons involved will be  reported for violating law 14,346 , which prohibits hunting of wild animals and punishes animal abuse.   Deer hunting in Neuquén is only authorized in hunting grounds  in certain places, during the months of March and April.

The wide dispersion of red deer and the  large number of public  or private areas give the hunter who arrives in the city of San Martín de los Andes an  ideal combination for the full development of the activity.

Whether it is grounds located  in private rooms or in which Lanín National Park offers annually , there are many expectations of obtaining a good trophy, complementing with an excellent quality of services that, from the city, lead and guide fans of this sport to  the heart on the very nature of Patagonian nature .

It is estimated that  there are 20,000 heads of red deer and wild boar in the province of Neuquén. They were introduced into the area in 1922 in the Collun-Co estancia and from that moment  their existence was growing rapidly  and many animals migrated the East, entering the Lanín National Park, populating throughout its length.

The period of hunting enabled, extends  from the first of March to the third Tuesday of April  subdivided the period into 5 shifts of 9 days each with a spare day for entry of hunters and guides for the species of Colorado Deer (Cervus Elaphus) and Boar European (Sus Scrofa).

Hunting  areas are awarded by public auction and to the highest bidder.  This takes place in the second half of December at the Bank of the city of Buenos Aires, Esmeralda 660 - Sala 2º Capital Federal.

The shifts are 10 days and each enables the hunt for two good quality adult deer trophy and deer to discard or reject and wild boar, without limits.

So the conclusion is clear, if on this holiday you decide to go hunting, make it responsible and legally.