In Paraná underground touched land on the other side of the river. As if the pandemic did not exist, the lack of control reached the islands. 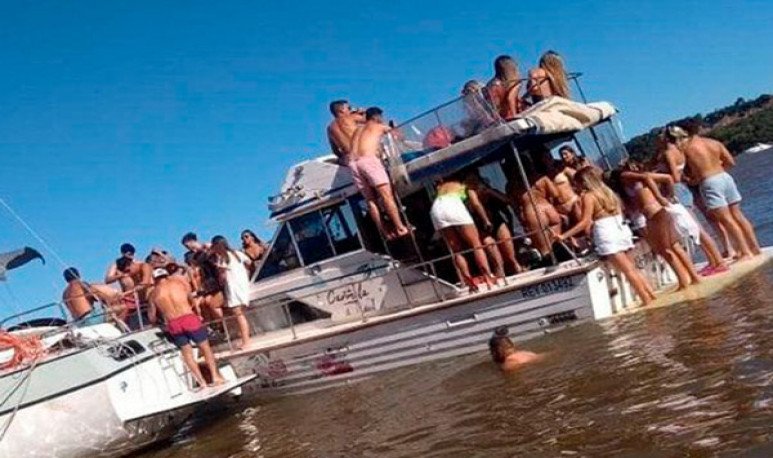 We arrived at the beginning of the year with the horse tired of both coronavirus.  Society seemed to relax with care and the numbers of contagions began to grow again . The most recurrent tendency lately is  to minimize the disease to give rise to debauchery . It's as if we were on a path of rebelliousness against the authorities as a punishment for the time of confinement. The news of vaccination arrivals to the country was also a determining factor in believing that everything ended. Even if they constantly repeat to us that it is not so. In the capital entrerriana  the underground moved to the  Paraná River   and the beaches taking ahead of all regulations.

Every week, local forums, pages and media echo a new event on the islands. While user feedback manifests anger, disappointment and concern. “Where are those responsible for controlling? ”, they wonder astonished. It is that the images that are constantly viralized are from a pre-pandemic world.  Hundreds and hundreds of young people without distancing or whisking and sharing drinks . Likewise, boats and nautical boats parked next to each other giving account of the massive call. The music at full volume, the bodies glued together and the conservatives scattered around the place. At the same time, various State authorities resignate that the situation is incomprehensible.

In early January,  a yacht in which more than 25 young people were traveling  was about to sink into the Paraná River. The accident happened after they left the local Yacht Club and the water began to infiltrate the stern. The reasons for the unforeseen had to do with the overweight that the ship recorded, as a result of the excess of people. As for the destination, they were heading towards the so-called Isla Bonita and during the trip they took the opportunity to start the party. Even, the photos that circulated revealed how part of  the boat was submerged in the water . 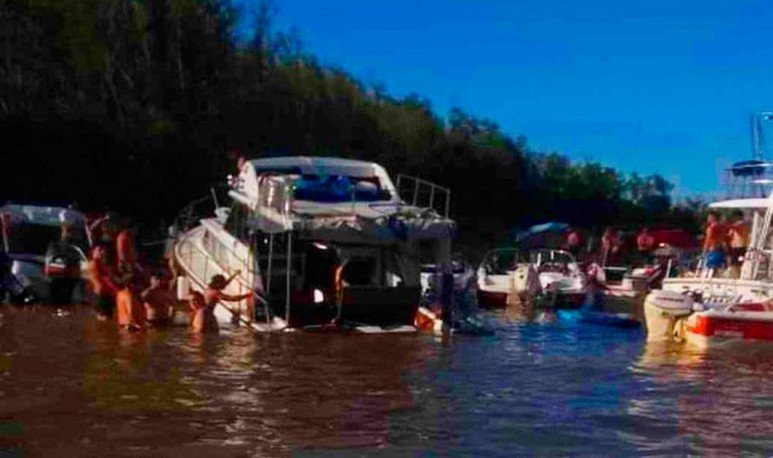 The scenario generated outrage and sadness on social media by the scarcity of health measures. It happens that the fact coincided with the progressive increase in the number of  COVID-19  infections throughout the country. boats can only occupy 50 per cent of their capacity. Look that would not have been fulfilled on the yacht, since it was allowed to climb 10 people when they entered more than double. However, the club managers alluded to the fact that the owners were responsible, although they did not refuse to apply sanctions.

What happened to the ship was only one case of many who let us glimpse  where underground is centered  this summer. With schedule restrictions in the evenings, the fun seems to have been transferred to sunshine hours. Clearly the solution is not to stigmatize youth, but  to ask   why these limits were reached  . While the municipality of  Paraná  intensified controls in water, they know that the challenge is even bigger. We are facing the need for cultural change if we want to avoid the ravages of a second, even third wave. The  pandemic  came to stay, what are we going to do to regulate our behavior until the necessary immunity is achieved?