Years pass and some people in Santa Fe do not find him a return to a harsh reality: young people who decide to end their lives. 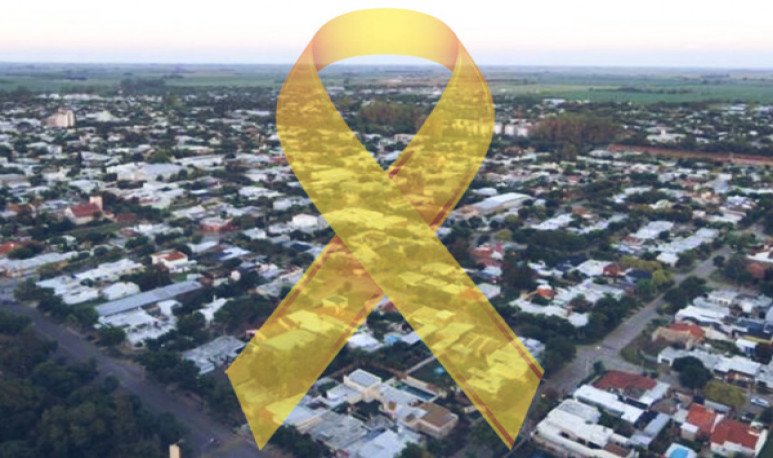 In Ser Argentino you must have read nice notes about the  north of Santa Fe . There are many, and there are  many very interesting and happy things throughout that region . Great events, traditional first level celebrations, typical finger-sucking dishes and legends that put your hairs at your fingertips.  But, too , that north of Santa Fe has a very sad face . For some reason that many imagine, think or feel, but no one for sure knows, a horrible situation is repeated, every while, in the youth of various localities in the area. Specialists from large cities have travelled to these villages, interdiscplinary committees have been set up and massive marches have been organized. But they didn't work. Every while, in Tostado, in Las Toscas, in Villa Ocampo or in other northern towns,  waves of suicides sprout . Very hard...

Villa Ocampo, surrounded by the beautiful  Jaukaanigás , is one of the main cities in the region. Almost like in a Netflix series, the phenomenon of suicides is repeated cyclically. When the outbreak appears, the city is desperate, because they can't find the solution for it.  First a girl commits suicide, a few days later, the boyfriend.  A grandfather died, the next day the grandson commits suicide.

Near Tostado is the town of Villa Minetti. It has less than six thousand inhabitants. In the last two years, 11 people took their lives in that small town.

One of the last streaks of suicides occurred in the town of  San Jorge . No longer in the north of Santa Fe, but in the middle west . In less than a year, 22 young people took their lives.  In a city with just over 20,000 inhabitants, the average number of suicides is three cases per year. The situation breaks with any scheme and far exceeds the national average.

According to local authorities and testimonies from self-help groups, in many cases situations of  violence , both on the streets and within families, are often seen. In young people, the delimitation of territories and spaces from one to another is common currency, as is bullying. Other scourges that stand out are drug abuse and trafficking. At the same time, groups denounce social inequalities, hunger and precarious housing.   They also warn about the absence of mental health workers and social workers  to deal with suicides and attempted suicides with affected young people,

The World Health Organization states that suicide is a very important and largely preventable public health problem. From an epidemiological perspective, it  particularly affects the poorest populations and is very common in violated and discriminated groups , where resources and services are often scarce and limited for early identification, treatment and support for people in need.

But, to tell the truth, suicide does not respect age or social conditions. Indeed, among the last cases of people who decided to end their lives, include renowned entrepreneurs and traders.

Specialists claim that whoever makes a fatal decision always preannounces it a while earlier, so he leaves signs, warning his affective world so that he can save him.Consequently, social organizations and various sectors of society  have begun to require the authorities to reactivate programs containing possible cases of states of  depression  chronic and wills that can be reversed.

We must all be attentive in the way we accompany. Dialogue is not an interrogation, but sharing a moment.

If you're having a bad  time, you can ask for help : from your friends, your family, at the health center closest to your home, in the hospital, at your school, in your neighborhood club, in the  church . Cheer up! You're not alone.