The provincial capital was shocked by a bank robbery worthy of a Hollywood film, with international fame. 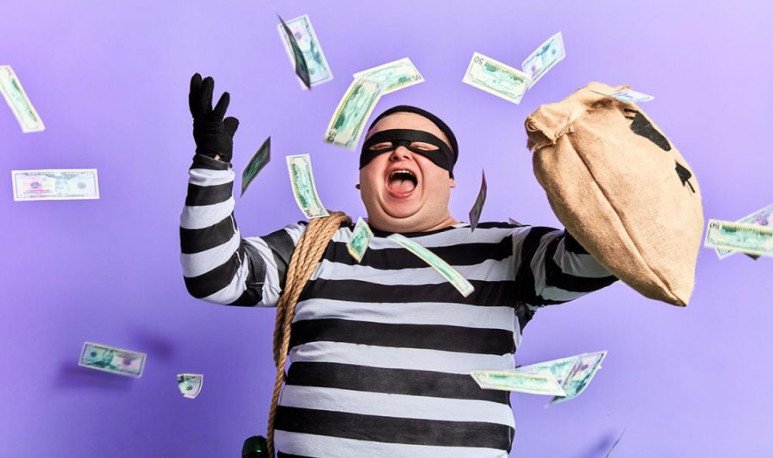 In 1994, the theft of the Santa Fe branch of Banco Nación shocked the entire country. It's just that the story of thief Mario Fendrich is one of those that we think are only seen in   movies   pochocleras. In fact, they even made one, starring the Puma Goity!

Mario was a simple bank worker, whose routine life was wearing him down. You know, get up every day super early, get to your work and see every morning the bitter face of your boss, who has you rotten with everything he demands of you. Go back to your house, your wife who doesn't talk to you and you don't remember what macana you sent yourself, your daughter who takes another matter, the other is two o'clock in the afternoon and still hasn't got up. You have a   lover   That, you would like me to make you forget the problems, but even that adventure became monotonous.

Suddenly, there is a unique opportunity: to afanarte three green sticks (were   3 million   of pesos, but in the nineties the pesos were   dollars   !) of your work. You analyze it, you study it all for months. The hit is perfect. You play your life and it goes well!

Friday morning   23 September 1994,   Fendrich told the wife that, after the work, he went fishing with the boys for the weekend. He never came back. He left his boss a little note telling him he was taking a talk.

While, over time, Mario was found, convicted and imprisoned, the three million never appeared. The secret went to the grave with its owner. The criminal   passed away   of an LCA in December 2018 while he was on vacation in Cuba with his children and a friend. Even today, legend says that one of the most important private companies in the city, which constantly innovates in health, education and culture, was financed by that succulent loot. It was said that he traveled to Paraguay, that he left with his lover to Brazil, that he had a plastic surgery so that they would not recognize him and until all the money was spent in a casino. All hypotheses without proof, as happens with almost all the injustices of Santafesina society, the truth, perhaps, is never known.

What is known is that the ex-sub-treasurer opened the treasury with a copy of the manager's key and disconnected the alarms on the day of the robbery. He programmed the clock in the vault to open only four days later and left in his car with the loot. He was at large for 109 days until he surrendered to the police on 9 January 1995.

When he declared he defended his innocence by arguing that he had been the victim of a commando group that had forced him to perpetrate the robbery and kidnapped him. He said they took all the money and finally released him. Of course nobody believed him and he was sentenced to eight years in prison. He turned four of those years and was released on probation for good conduct.

It was later learned that his strategy to surrender in January 1995 was to go unnoticed by public opinion and journalism, as boxer Carlos Monzón had died a day earlier (on January 8). He could not carry out his plan because the media quickly raised his story and did not let it pass. The robbery was so famous that it reached the Guinness Record, as never before had a single person been able to steal so much money without using violence.

In 2000 it premiered   My treasure   , a film inspired by this story and starring the Puma Goity.

Martínez will join the Ceibos, the new national rugby team