Home People The worst thing about us The Green Horse

Dear readers, if you are ever going to get something done, know well what you are chagging about. 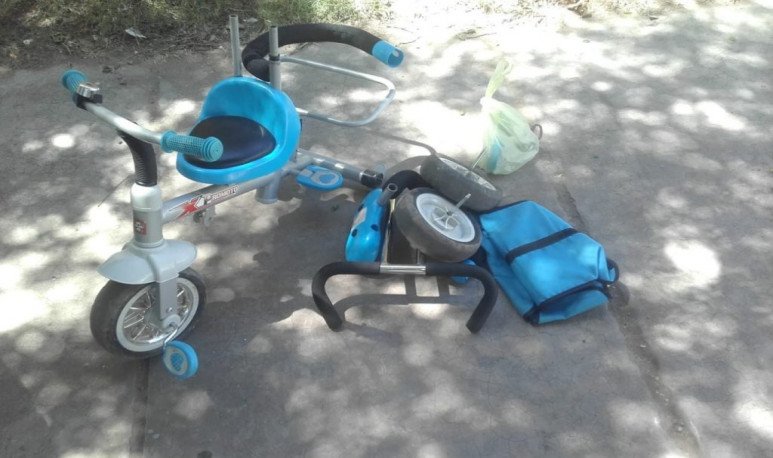 Last week something happened that in itself is not so serious or so important (the family itself will remember it, in a while, as something relatively minor), but it left me thinking. Before I continue with the note and tell you what happened, I allow myself a parenthesis to share with you a technique that I do not know well where I came from, but the truth is very useful to me. It's this: when you're going through a difficult time, stop for a second and think (to project, to fantasize) how you're going to remember that bad drink in, say, five years. Taking out the really hard moments of life, it is impressive the ability we have to forget or at least minimize things that when they happened to us seemed like the world was falling down and, over time, we might even end up remembering as something funny. Don't take anything so seriously, I think we're going to live a lot better. In fact, I would like that to be the phrase on my tombstone: “You didn't take anything too seriously.” Although I want to be cremated, so I'm not gonna have a tombstone. Anyway, let's get back to the fact I wanted to tell you.

As I was saying, last week they broke into a house in the neighborhood José Ignacio Rucci (pavada de nombre), General Pico, province of La Pampa. The malevolent (I love that word) must have taken a couple more things, but the information note only mentions a walker wearing a 2-year-old girl who suffers from a disease that prevents her from moving through her means. As it seems to be very expensive, the baby's relatives immediately went out to do a social media campaign asking if anyone saw it to return it. A few days later he appeared, but all broken. It's no good anymore. We have to buy another one.

And this is where I stopped to think. It is very likely that the jets took the walker thinking it was a common tricycle (in the photos, at least, it seems so). Once in their den of ruffians, when they set out to hand out the spoils, I imagine that one, possibly having children or nephews or godchildren, said “I'll take the tricycle.” This is where my imagination confronts me with a dilemma: did he ever give it to the child or did he find out before half the city was looking for that special tricycle that allows a disabled baby to walk? How did the jet feel? Have you reconsidered your life close to crime a little? But above all things, and this is the real question: why did you break it? If I was going to leave it lying around (no one could use it, it would be like riding a green horse: all eyes would go on it immediately), why the destruction? For a fight? For impotence? Because of fault? Shame, perhaps? Was it the lucky little one who, from those blows of life, found out that his dad/uncle/godfather was a jet and had given him a very special tricycle that didn't belong to him?

Since stealing is wrong, I'm not mocking the situation. But as I said at the beginning, it is not so serious, with the dimension that took the case in the city, with all certainty the baby could already get another one. What is it, dear readers, if you are ever going to do something, know well what you are chanted. Don't be a thing that they later have a green horse in the living room and it's harder to return it than to destroy it.