Learn the story of Cayetano Domingo Grossi, the first Argentine serial killer, who killed his five children at the end of the 19th century. 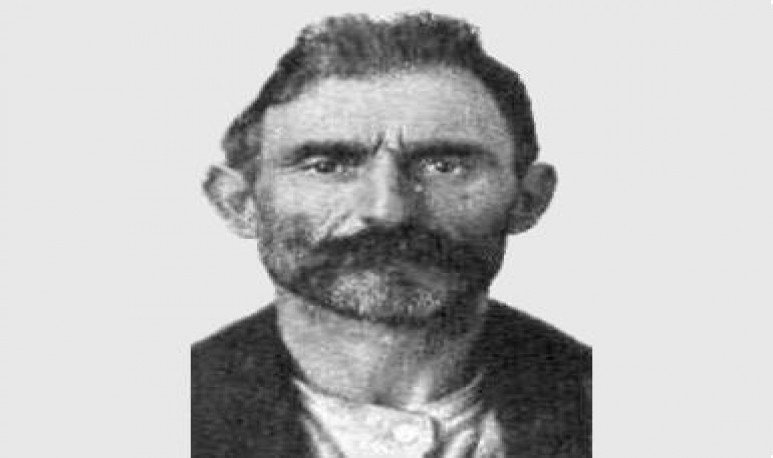 If I asked you who was the first  Argentine serial killer for you, I'm sure most (like me, before doing this investigation), would respond”  The petiso ears .” But no, there was one before him who holds the title. This character, must be highlighted, for a macabre detail of fate was also called Cayetano. In this case, Cayetano Domingo Grossi.

The details are insane. First of all, for his victims: he murdered his five children. Secondly, by the nature of these children: all the result of the systematic violations to which he subjected his two stepchildren. One day, a  neighbor  finds a bag with a baby's arm. Warn the police, who investigates the area (a kind of garbage deposit) and finds the skull (quite beaten), both legs and the other arm. Without lifting the partridge too much, the commissioner orders them to check the new garbage as it arrives. That same day, a picker leaves another bag. Inside there was a thorax: the corpse was already complete. The autopsy determined death from skull fracture. No suspect.

Two years later (1898), in the same place, another passerby found a new baby corpse wrapped in a rag, also with the shattered skull. A frightening detail was added: the body had multiple signs of burns. The autopsy added one more fact, although his skull had been shattered, death had been caused by suffocation. He had been hanged.

By postal details of the trash that shared the bag with the body, the police managed to determine which road was the one who had transported the body to the garbage dump. When interrogated, he confessed to seeing the remains of the baby, but did not warn the police for fear of being involved in the macabre act. By directing the research to the area where the roadman had collected the body, they managed to come up with a family that was always in mourning. They lived in 1438 Arts Street (today Carlos Pellegrini), in  Retiro . The family consisted of Cayetano Domingo Grossi, her spouse Rosa Ponce de Nicola, Rosa's two eldest daughters (Clara and Catalina) and three minors.

The neighbors, when questioned, claimed that Grossi had intimate relations with his stepchildren. In addition, they said that soon before Clara had been pregnant and that once the pregnancy had ended they had never seen any baby. After the search warrant was obtained, the police found under one of the beds a can containing another baby's body, wrapped in a rag very similar to that of the garbage can. Grossi stated that the sack they had actually found belonged to him and that he had killed the baby at Clara's request. The one who was in the can, on the contrary, was born lifeless. He insisted he wasn't a murderer.

Finally, the family broke and confessed everything. Grossi had  raped  his stepchildren and helped in deliveries. Once the babies were born, he hanged them and threw them on the fire (in the presence of their mothers). All this was possible because he had the whole family under threat. He was sentenced to death for firing.

On April 6, 1900, the day of his execution, the children were allowed to visit him for the last time. They didn't show any emotion. Lorenzo, the smallest, at only 6 years old, did not even want to approach. When the father tried to caress him, he ran out. At 8 AM, three federal police officers blindfolded him and tied his feet and hands. Seconds later, they fired their rifles. They were done with the monster.

Old are the rags.

Nobody hits you a tube anymore...

Can You Do The Good Way Without T.A.C.C??