Home People The worst thing about us Fight against drug trafficking: reality or hypocrisy?

Theme of the week: drug trafficking. From how many points can it be analyzed? 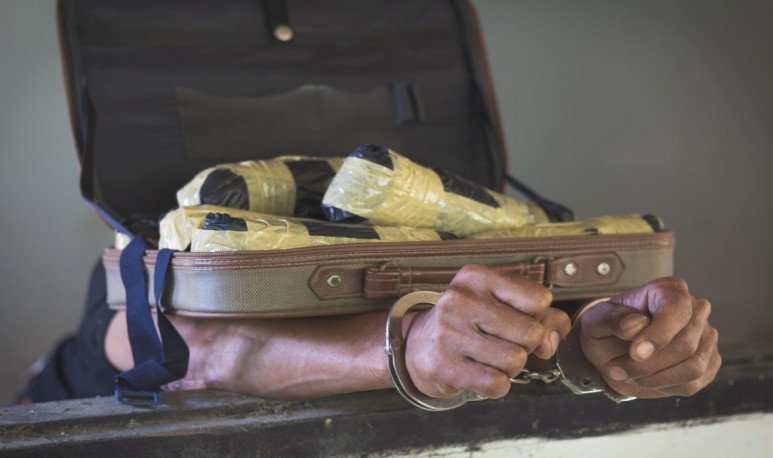 I would like you, dear readers of  Ser Argentino  (whom I take the opportunity to thank you, last week those in charge of technical issues informed us that they are increasingly and more) to participate in the editorial meetings in which we determine the topics of the week.

In case they hadn't noticed, one of the best things about this working group is that we have very dissimilar thoughts and formations, which makes the plurality with which topics are handled very difficult to find in other spaces. Therefore, in these meetings where we discuss the points of view and the topics to be addressed, discussions are very frequent. And here I want to take a second to establish that discussing is not bad at all, in fact, perhaps it is one of the best ways to move forward in terms of thinking and reading life. Arguing doesn't mean fighting. In fact, if it is with respect and intellectual honesty, it is the best learning process.

Anyway, after this paragraph in which I seem to have eaten  Merlí, I go to the point: at the last meeting we defined that the theme of the week would be  drug trafficking . Fucked up if there are, right? From how many points can it be analyzed?

The first thing I tried to search was the fact of how much drug was seized last year, and there I already encountered problems.   Here  you can see that the data is not very reliable to say and that when the government is asked to send it (they are part of the public information we should all have access to), the thing gets thick. Well, first question: the data is not clear. How then to rely on any action taken from the state if they can't provide us with the data in a transparent way, I don't want to believe that this means they're hiding something from us.

There is no doubt that narcotics are seized, we have the Minister of Security disguised as Rambo tweeting almost every day some operation and inviting citizens to participate as witnesses to their “good performance” of drug burning. If you don't believe me, go to the Ministry's social networks, which on October 23 published “Do you want to witness a drug burn? , write by private message? ”. I don't want to go too long but a comedian wrote privately and scored in a draw (yes, the attendance was drawn), in which he turned out to be one of the new winners. When he arrived, he witnessed the burning of six tons of marijuana, cocaine and ketamine. The comedian said it wasn't what he imagined, I guess he came thinking about a pile of drugs burning in the open air. What was found was an oven where they were throwing the loaves to incinerate them. I told them that the subject could be analyzed from many points, and I didn't lie to them until from humour we approached it.

Leaving the anecdote aside I wonder if it's good for anything, that is taken out of the market, what percentage of what is marketed every day does it mean? Move the needle? Is there a concrete policy against drug trafficking? To what extent are the police and gendarmerie themselves, those in charge of stopping it, immersed in the business?

I'm never going to forget about the fact that 80% of Pablo  Escobar's cocaine  was marketed in the United States, the country that supposedly fought it the most. Another interesting fact, from the country that became the representative of the fight against drug trafficking (many would remember the  Just say not of the Reagans) is that they are the world's largest consumer of cocaine. I mean, they have the biggest problem within their own borders, and yet we get tired of watching their films full of agents fighting narcos, seizing shipments and breaking gangs. Is it that how much greater the exposure of the minor struggle is the result? Who knows, in these kinds of issues there is usually a lot of hypocrisy. The fight against drug trafficking is undoubtedly on the podium.