Get to know the dark story of Salvador Pucci, the femicide from Chos Malal who never revealed the mystery about one of his victims. 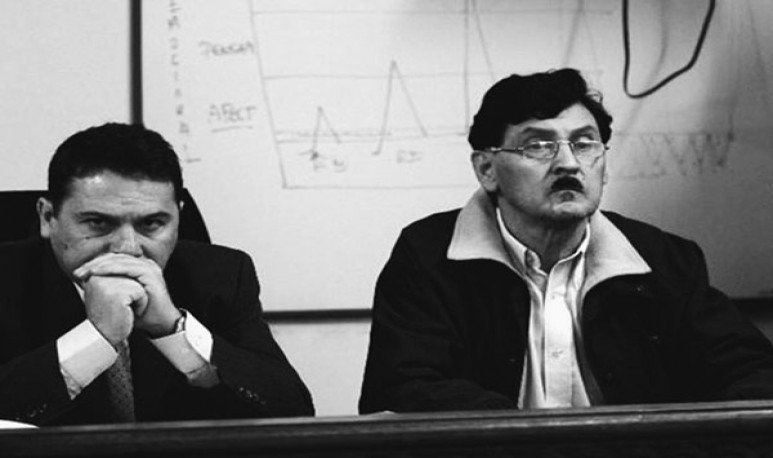 Chos Malal is an arid and mountainous paradise located in northern Neuquén. Home to the best Patagonian chivitos and imposing landscapes,  the small town is characterized by its marked and quiet seasons. However, Salvador Pucci,  one of the most macabre femicides in our country, grew up and developed in this apparently peaceful community. In 1989 he murdered his wife, spent 21 years in prison, and on leaving he did not take more than a year to commit another crime of macabre edges.

Salvador Pucci was born in 1950 and all his life devoted himself to trading and playing cards in the village canteens. In the 80s he lived with his wife, Sebastiana “Tani” Lara. Those who remember Pucci in those years mark him as a rude and very temperamental man.  Unfortunately, under the patriarchal system that governs our lives, the violent marriage between Pucci and Lara was seen as another bond in the village .

The crime of Tani

In the early morning of 24 September 1989, Sebastiana Lara disappeared from Chos Malal without being seen. That same noon,  Pucci filed a report on the disappearance of his wife. The police believed him little , mainly because Tani had not taken any garments. The killer tried to turn the story around by claiming he had received a call from kidnappers, but the investigators still didn't believe him.  Interpol was looking for Lara and her disappearance already flooded the media agenda

A week later, the inquiries at Pucci's house hit a 9mm caliber gun and bloodstained bullet shards. Traces of blood were also found in the living room and in the murderer's car. Despite being sentenced on 22 May 1992 to 20 years in prison for uxoricide,  Pucci never admitted the murder. Tani Lara's body was also not found  and it is until today one of the saddest mysteries guarding the Neuquén province

The crime of Miriam

The versions around Miriam Flores' arrival in the province are varied, but none are official. Some people who knew her say that the young woman, from Paraguay, arrived at the beginning of the century in search of new opportunities. According to these accounts, poverty and hunger typical of his country's rural regions forced Miriam to migrate.  Other versions, which are obscure as possible, indicate that she came to Patagonia as a victim of a network of child trafficking  and that she was sexually exploited in one of the many cabarets in Rincón de los Sauces.

The truth is that Pucci and Flores met and started a relationship in 2003.  Salvador had transient departures and worked as a fair, Miriam was a caregiver for the elderly at the Los Alelíes home , where Pucci's mother lived. Testimonies close to the couple indicate that “she loved him — the old man —” but also that “he was possessive and violent”.

When Miriam decided to cut off the relationship, Pucci began to threaten and harass her . I knew her routine and wouldn't leave her alone at any time. Despite the above warnings, Miriam failed to get her protected by the justice system and had to move to the home where she worked . On May 5, 2010, the femicide intercepted his former partner  within meters of the residence. It is estimated that he received the help of two more men, but they were never identified.

Almost a month after the disappearance, on the afternoon of June 1, a rural pawn felt strange movements in the middle of the pampas countryside where he worked. When he approached, a man with an exalted attitude tried to dispel him. He justified his presence by indicating that he was a medium-sized drug dealer who was there doing a job for “heavy people.” To disguise, the femicide asked the pawn to bring him in his toyota van to the road. With this request, Pucci dug his grave: the pawn noticed him sweating in the middle of winter, suspected, returned to the place after throwing him away and found Miriam buried .

When the 25 de Mayo police approached the scene, they found a body in an advanced state of decomposition. In the mouth of Miriam Flores, 25 years old, they found a dollar bill. This indicates that the murder was carried out for prostitution and revenge, all part of the murderer's loose alibi.

The fate of the Femicide

After being arrested in the winter of 2010, Pucci tried to take his own life by hanging himself in a sporty garment. He was seen in time by another inmate and continued in prison until 2014, when he finally achieved his goal and committed suicide with a TV cable.  Salvador Pucci is one of the most macabre assassins in the history of our country and took to his grave an equally dark mystery: the whereabouts of the body of his first wife, Tani.

The provincial and national media insisted on showing Pucci as a monster and an anomaly in the peaceful life of the Chosmalese people . However, the healthiest and most forward-looking way to understand these bloodthirsty facts is with the certainty that Pucci is not an isolated case in everyday life and that, beyond the insanity of the murderer, femicides and gender violence, they are a  social and structural problem that concerns us all.

Robledo Puch: the biggest serial killer in the country