They stole with cowboys hats and unleashed a couple of shoots. A movie robbery that, luckily, ended badly. Luckily. 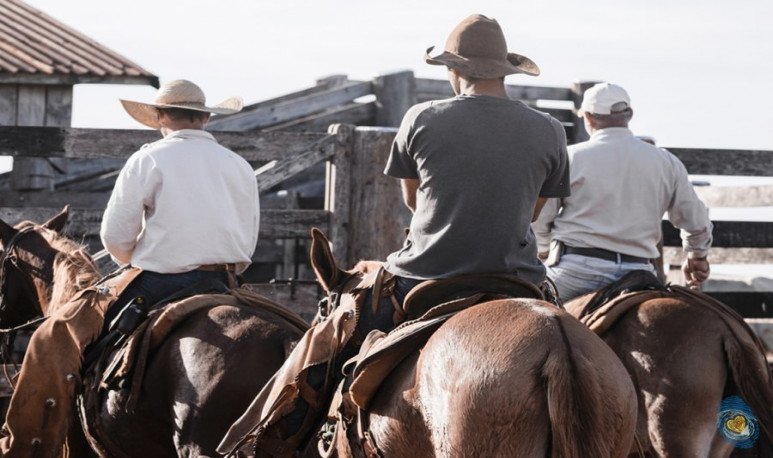 The  police  christened them “The cowboys band”, because they performed with hats. It was obvious they were going to end up shooting like the  Western  in the Old West.

You have to be very brave or very brave to try to steal one of the jewellery shops on the famous Libertad Street. Two qualities most cowboys had. For those who don't know: three blocks from Libertad Street are all the jewellery businesses in Argentina. Wholesalers, retailers, workshops. Everyone is either on Libertad or on a couple of nearby streets. An area that is a world of people. Among artisans, goldsmiths, jewelers, resellers, merchants, public. There, where everything goes without a bill (beyond the big trout argenta, jewels pay a lot of tax), they buy judges, policemen,  drug traffickers . The area is so secure, no  cops  are almost there. The area is full of communities from various countries that have their own private surveillance. In addition to Jews, there are Armenians and Russians (from Russia, and surrounding countries). They're more screwed up and armed. All premises and workshops have surveillance cameras.  I repeat: you have to be very brave or very brave to go steal there.

Besides, there's the logistical issue, which I think was where they pounded ugliest. You have the Courts two blocks away. A square, Cordoba and  Corrientes avenues,  up to the hands of traffic. Hard to escape from there quickly without any of the variables (crowding of people, traffic, security, judges) not playing you against. Turnips these were either beginners or just turnips, because as expected everything went wrong.

The thing is that on February 6, 2018, the three cowboys assaulted the premises of Joyerias Yoni, in Libertad at 395. All three arrived in an EcoSport, while two of the assailants entered the jewelry store to reduce the employees, the third waited in the van to flee at the slightest signal. They took some jewellery on display, three complete cloths of gold and silver rings from one of the employees. Maybe they thought that, as it was February, there would be fewer people (it's jewelers' holiday month). Nothing to see, the area was full of people coming and going.

Here begins the juicy thing in history where there were more than 60 shots and three shooting clashes with the police. They had the bad milk that one of the merchants in the area saw suspicious movements and alerted the only uniformed that were in blocks to the round.There is the first shooting, from which they are unharmed.

They get in the van and they crack. Two blocks away, they get into Tribunals and at the height of Lavalle and Talcahuano are stopped by traffic. The police who had intercepted them at the exit of the jewelry store had already given the alert and were already being pursued by a few uniformed motorcycles that cornered them. There is the second shooting that leaves a judge and a court clerk injured. The judge is saved by fart, because just a doctor passed, who does a tourniquet on her wound and saves her life.

The criminals are still on foot, they are looking for a Partner, with their wheels punctured. Which forces them to go down and they face the police in front of the  Teatro San Martín . Full Corrientes Street. They counted almost 50 shots.

End of the story: one of the cowboys, wounded, falls prisoner. Another one escapes on foot through Corrientes. The third gets into the building of the Attorney General of the City (which is full of police officers), changes clothes and escapes.

More than 70 shots. Not a dead man. God serves in Buenos Aires.