Home People The worst thing about us That there are, there are

One man reported that part of his cattle suffered an attack from an unidentified flying ship. 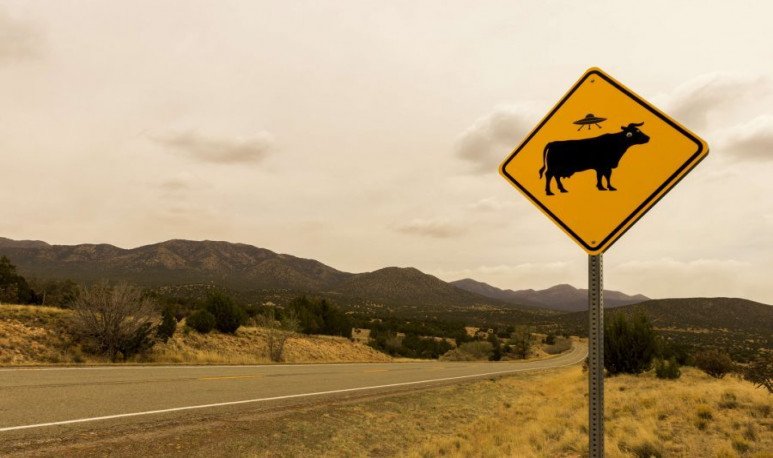 In Ojo de Agua, Santiago del Estero, a man reported that part of his cattle suffered, for the second time in less than a month, an attack from an unidentified flying ship (the famous UFO) with red lights. Already at the police station, the 73-year-old man (the truth, I admire it, I do not know in which state I will come to that moment in my life, if I am lucky to arrive, what I do imagine is that I will not be able to take care of any cattle) blamed paranormal forces for the state in which animals were left.

As in  Santiago del Estero  they are good people, they believed the good man and sent him a SENASA veterinarian  to confirm the attacks. Renzo Capellini, the official in charge of the review, confirmed that we might be facing a paranormal event. Good thing, I wouldn't have liked the good man to take him for the chacota. However, I stop to think about the word he used to explain the fact: “paranormal.” It is not entirely misused, after all it is defined as paranormal that which has no scientific explanation and does not conform to the laws of nature. But it doesn't stop surprising that that word is on a record of this century. Dr. Capellini did not refer to the incident as “something difficult to explain” or “no apparent explanation according to the evidence.” No, the doctor chose the word  “paranormal”  as one who senses an explanation that will not come from nature but from the heavens, rather from somewhere hidden in the galaxy.

In a production effort we had access to part of the text of the police complaint, of which we transcribed some  excerpts with comments: I am happy to bring to your knowledge that on the day of the date at 10:30 hours, filed criminal complaint in this Police Unit the Citizen BAEZ, RAUL GUSTAVO, 73 age, against UNKNOWN AUTHORS,   (capital letters correspond to the detailed in the original, here I do not know if the one who took a statement was not bardeando it)    arguing in his account that approximately fifteen days ago came about the novelty that ten animals were dead and three of them mutilated, without tongue, eyes and no part of the reproductive system. So together with his son MAURO BAEZ, veterinarian, performed a surgical practice to examine and try to determine their death, noting that it is very striking that no animal such as raven, foxes, ants and/or any scavenger animal did not approach him      ( animals will be scavengers but not boludos, know what the aliens left inside).    The Prosecutor of Duty was informed of this situation, and at 17:00 Commissioner Guzmán Baez and staff of the Crime Section together with veterinarian doctor Renzo Capellini of SENASA went to the scene. It is noted that Dr. Capellini was unable to extract samples for analysis in the laboratory because of the degree of decomposition of animals, stating that he had never seen such mutilation and could be a paranormal case   (very scientific to say is not the term, but first of all, believe the citizen, I agree with Dr. Capellini)  , noting that such incisions are done only by a laser scalpel.

Well, it wouldn't be so uncommon for aliens to have a laser scalpel, if they can travel in time and space, maybe for them it's what a screwdriver for us. Thing e' mandinga .

On the scales, the love of the public weighs more