Home People The worst thing about us Nine unusual deaths

Details of one of the worst car accidents of recent times. 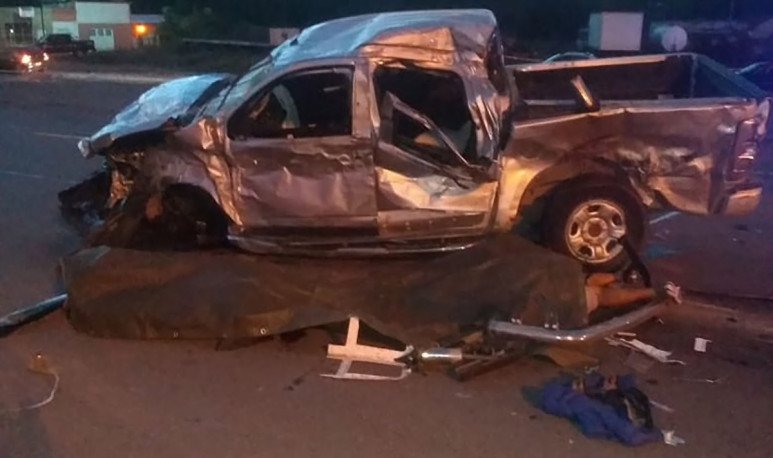 A trucker has been driving, quiet, on a Sunday afternoon. At that particular time of the week, when a lot of people on the route come in a hurry to get home and prepare for the week that is about to begin,   truckers  are a separate breed: for them it's one more day  . Perhaps the only difference is that the route is more crowded with anxious people and there are no more good drivers.

This trucker, who was driving quietly, arrives at the intersection of routes 7 and 51, at the height of Carmen de  Areco . A van comes very fast and doesn't respect the passage. The truck doesn't have time to stop, the van crashes the side of the truck. There is a very strange scene that the trucker does not understand (I don't know if one day he will make it). In the van 16 people traveled (as you can imagine, most in the box).  Nine of those people died instantly. Of those nine, four are children. Of the four, two were less than a year old.  As you could imagine, the fatal victims of the crash were those who went in the box without any security and were fired against the asphalt at the time of the impact. The rest of the occupants of the van suffered serious injuries and were interned with forecasts of bad to very bad.

How can it be?  How can anyone have such an absence of respect for human life?   What happens to your head to get kids into the box of a van, get it on the road, drive fast and not respect the passage at a crossroads? We can't know anymore, because one of the dead adults is the driver. He didn't live to take care of his irresponsibility and the multiple  Road Safety  laws he broke.

Juan Batalla, the trucker, is looking for arguments not to shoot himself . He said it, I'm not making anything up. He is another victim of the insane van (whom I don't want to say the name because of a matter that I don't even understand myself, but if googled they will find it easy).  Battle did not die, but the feeling left for him is quite similar.  At the moment he doesn't know when he's going to go back to work because he's not sure he can sit back behind a wheel. The aftermath left him by the accident, despite being unharmed, were tremendous. He confesses he only managed to see a body on the asphalt, but that was enough for him to go into shock. He heard about the rest once he testified at the police station because one of the officers told him how many fatalities there were.

The testimony of some witnesses is terrible. Everyone is talking about a cloud of dust, screaming and confusion. Also, of course, bodies lying on the asphalt. Bodies that don't move.  Of those bodies, I insist, four are children's bodies .

In his seven years as a trucker, Battle had no accident. All eyewitnesses say that the imperience was the driver of the van, who  not only drove at a speed far above the maximum but also did not respect the priority that the truck had to come driving through a national route  .

Battle tells that he can not stop crying when he gets up in the morning and have screenshots of the accident, and that his two-year-old son realizes what is happening and tries to contain it.  Maybe it's not just nine victims of this accident.  Maybe victim number 10 is the trucker himself who couldn't avoid the inevitable.