Home People The worst thing about us Mothers of the Square, the village embraces them

What would the daily dictatorship have been like if there were social networks? 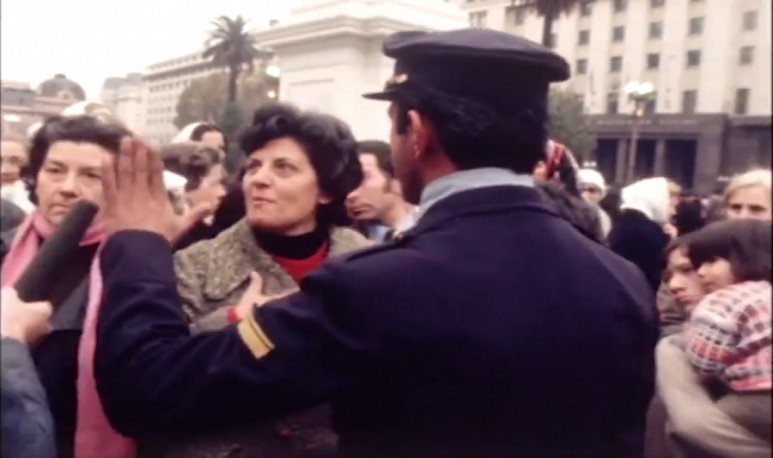 There has already been much talk about the relationship between the World Cup played in our country (and some, insightful, even mention certain results as, at least, “suspicious”), but the last 24 (new anniversary of one of the most frightening moments in our history), saw this tweet by former football player Juan Pablo Sorín in which there is a video that shook me .

First of all, something quite banal next to the rest of the testimony, but that catches my eye: a policeman, while smoking with one hand, tries to stop the interview with the other. It's a vain attempt, I would even say a little shy, as if I didn't really try, as if I wanted the interview to not exist, but to understand perfectly that he can no longer achieve it. And this is linked to something that I usually think of in days like this: how would the everyday life have been from March 24, 1976 until December 10, 1983 had social networks existed? Would it have been so easy to suck people ? How many videos would he have been running around the network of murders disguised as “clashes”?

Returning to the video, it was recorded on Thursday, June 1, 1978 in the afternoon (in the typical round of Mothers of every Thursday) almost at the same time as the opening match of the World Cup (Germany vs. Poland, we leave the semiotic analysis of the fact that it is precisely these two countries that opened the tournament for another note). There is something I reproached my parents for a while, until, like any adult, I understood that reproaching parents doesn't only add up but generates unnecessary guilt on them. What I reproached you was: how come you didn't know the gravity of what was going on? And if they found out, how come they didn't do anything about it? I think they did, but nowadays it's very difficult for them to accept that they didn't do anything with that information . And I think it must have been a lot of people who, like my parents, with a mixture of fear, indifference, guilt and idleness, heard that people were disappearing and decided not to do anything. That's why I listen to these women and my soul breaks, because I understand the ordeal they were going through, when everyone turned their faces . Pay attention to the lady in the second 38, the one in the pink scarf. She's telling you they broke into her house, kidnapped her and tortured her to give information on her son. I can't believe that testimony, the ovaries and the courage (and despair) to tell that. Would it be a cause for international scandal today? I'd like to think so . Although the truth is, every passing day I have more doubts.

The new technique that would allow to duplicate transplants, presented by an Argentinean